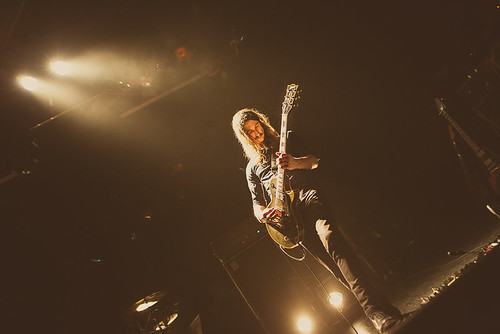 Photos and words by Debi Del Grande
While most LA bands headed to SXSW, it was refreshing to have hard, pulsating bands from Winnipeg, Seattle and Chicago seize the El Rey for a night.
Russian Circles is a force that is capable of causing a powerful change in the air the second they hit the first chord. The instrumental trio has built a solid reputation and for good reason. Chelsea Wolfe was the only voice on this set as she sang “Memorial” from their latest album of the same title. Definitely not missing them the next time they come around.

Our eardrums were tested early as KEN Mode and and Helms Alee weren’t messing around.