Photos and words by Scott Sheff
After spending the last several months on the road that included a tour with Cold War Kids and gigs throughout Europe, PAPA received a warm and enthusiastic welcome home from their fans at The El Rey Theatre.
But it wasn’t just the fans that enjoyed themselves. So did the band. Following the show, PAPA posted this note on its Twitter account: “Don’t like to play favorites, but last night may have gone down as the best PAPA show yet. Can’t stop smiling about it, thanks you all!” 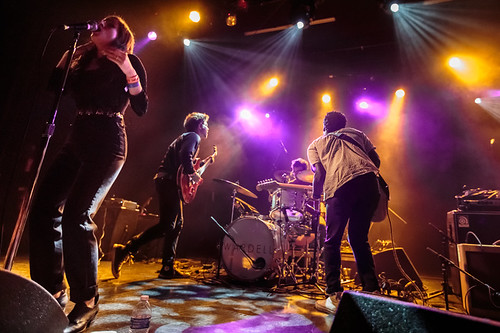 The brother/sister folk/rock duo Wardell may come from Hollywood royalty, but Sasha and Theo Spielberg (yes, that Spielberg) have made a name for themselves as musicians and should be recognized for their talents, not their last name. Sasha leads with way with her tender, classic vocals while Theo handles the duties on lead guitar. Together, they create a nostalgic pop sound seeped with California sunshine. But as talented as the two are, it was really hard to take my eyes off the keyboardist, who stole the show with some very entertaining and creative moves on the ivories. 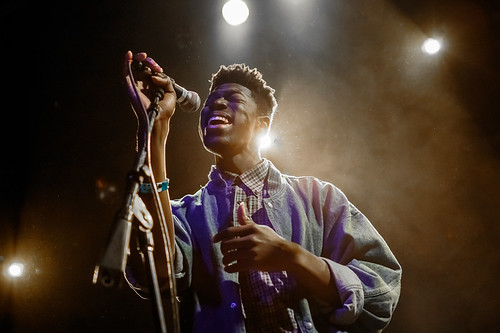 Solo artist Moses Sumney opened the night with an impressive set of soft, soulful and extremely beautiful sounds that featured live looping and well-timed plucks on guitar strings. It’s the kind of music that comforts and hits your soul with its raw emotion and gentle instrumentals. Following his set, Sumney later joined PAPA on stage as one of the back-up singers.

PAPA Setlist:
PAPA
If You’re My Girl, Then I’m Your Man
Let’s Make You Pregnant
Young Rut
Get Me Through the Night
Forgotten Days
Cotton Candy
Ain’t It So
Got to Move
Collector
Modern Love (David Bowie cover)
I Am the Lion King
Encore:
Put Me to Work
Search & Destroy
Put Me to Work
THE AQUABATS + KEPI GHOULIE + ...
BLACK JOE LEWIS + RADKEY + THI...