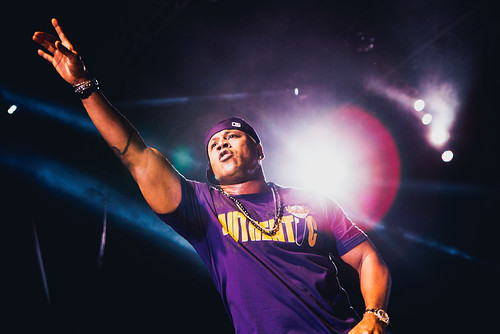 Photos and words by Debi Del Grande
There is nothing like old school hip hop and rap. And when you put pioneer acts such as De La Soul, Public Enemy, Ice Cube and LL Cool J on the same bill, the chances of you sitting in your seat are not going to happen.
The packed Greek Theatre was the perfect venue as each act brought its own game to the table. When most people get to a venue early, they are usually busy talking, getting beer(s), buying merch and not paying so much attention to the openers. Well, the hip hop trio De La Soul was an exception. It wasn’t about “Me, Myself and I.” Posdnuos, Dave and Maseo had everyone starting the party early. Even calling out us photographers to put our cameras down. I immediately obliged.
Public Enemy is now officially Rock and Roll Hall of Famers. And deservedly so. Chuck D and Flavor Flav have paid their dues and yet they are still pushing for change. By the time the influential group came on, the venue was slam packed with all ages and races. As Chuck D and FF bounced around the stage doing their thing, DJ Lord had a few tricks up his sleeve.
It was all about Ice Cube for this LA crowd. ‘With my middle finger twisted, index and pinky spreaded.’ In 1989, Ice Cube was on tour with all three acts playing, but he wasn’t by himself. He was with the most dangerous crew, N.W.A. Oh yes. “Straight Outta Compton” had most losing their minds as the video was shown on stage with young Dre and Eazy-E.
Still seducing the ladies (even though he kept his shirt on, boo) with that smile, tongue action, dimple and ripped bod, LL Cool J sang everything, including “Mama Said Knock You Out,” “Radio” and “Going Back to Cali.” The man never stopped. Joining LL on stage were Chuck D, Flavor Flav and a special one with DMC performing Run-DMC’s “Peter Piper.”
Nothing like old school. We were well educated. 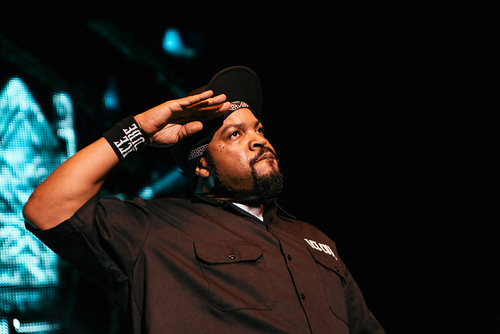 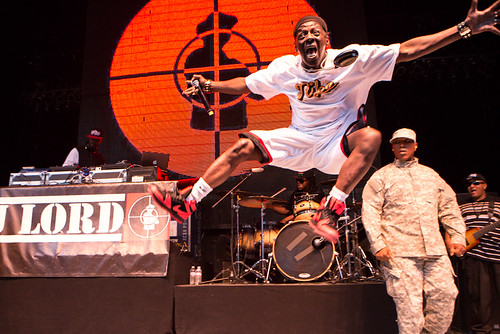 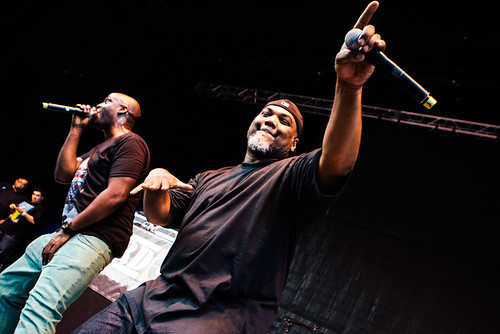