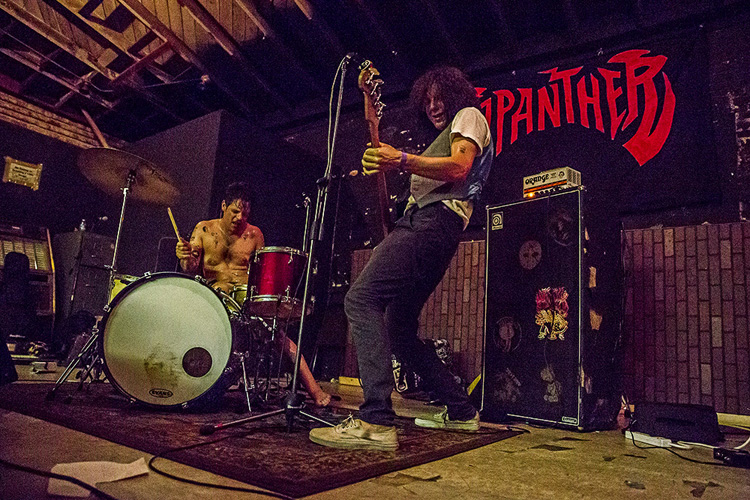 Photos and words by Oliver Walker
It was a warm evening, even warmer inside the American Legion Hall, and it got downright disgusting once Japanther started tearing through their 11pm set. The penultimate performance of Growing Up is Dumb V.1 presented by Lauren Records was an all day and all night sweat-fest that had Japanther drawing from 12 years of solid releases for a blistering set.
Under fluorescent lights and backed by an analog tape, Matt Reilly and Ian Vanek pummeled through song after song, in between wich they thanked collaborators past and present, mimed to sound art, and gave advice on how to avoid jerks.
Though Japanther was the main reason I trekked out to Growing Up is Dumb V.1, it included performances by Summer Camp in a basement that was barely tall enough to hold the crowd surfers (though it did) and Walter Mitty and his Makeshift Orchestra.