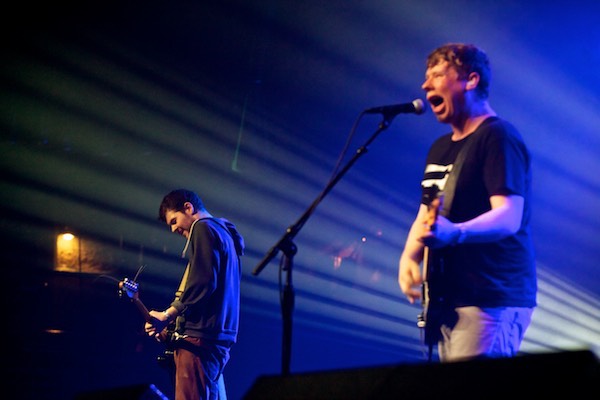 It’s not every night you get three solid bands in one gig.  The long-awaited return of We Were Promised Jetpacks with openers Royal Bangs and Bear Hands at The Music Box proved that it can happen. The last time the Scottish lads of WWPJ performed in L.A. was at The Troubadour two years ago.  You could tell most of the crowd at The Music Box was at that show and waiting to hear songs from their debut album These Four Walls. However, Adam Thompson (lead vocals, guitar), Michael Palmer (guitar), Sean Smith (bass) and Darren Lackie (drums) had a new baby to perform, In The Pit Of The Stomach. Although I would have preferred a little more crowd interaction during the show, the band hosted an after party at The Beauty Bar where all were invited.

WE WERE PROMISED JETPACKS