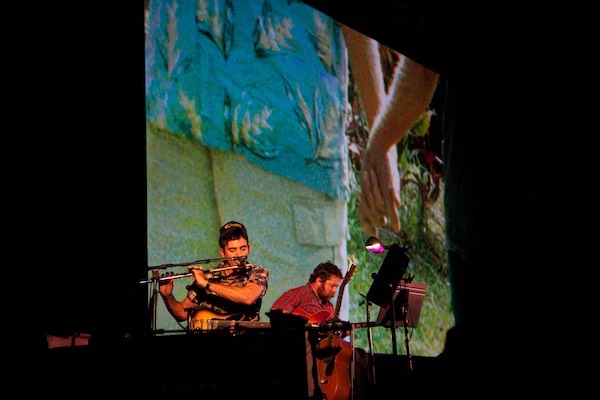 The synopsis: After a 30 year separation, father and son reconnect for a grueling 500-mile bike tour. In a confrontation of the past, these two men struggle to find a future. Can they see beyond their polar opposite views? Beyond This Place is a complex and emotionally dense film about family, forgiveness, and the arduous task of moving forward.

Sufjan Stevens and Castanets’ Raymond Raposa performed the soundtrack to Kaleo La Belle’s Beyond This Place live at The Vista Theatre.  Two screenings were packed with music and film fanatics.  The live score went so smoothly with the film, you kind of forgot Stevens and Raposa were there to the side. Well, almost.  The film is touching, honest and sometimes heartbreaking, with sprinkles of humor.  As La Belle and Stevens have been longtime friends, it was only fitting Stevens be trusted with the musical score. —Debi Del Grande