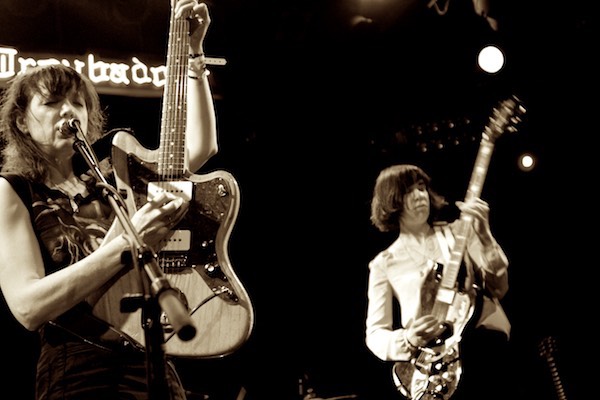 Wild Flag may be a fairly new band (self-titled album just came out), but members Carrie Brownstein, Mary Timony, Rebecca Cole and Janet Weiss have been rocking in other solid bands, including Sleater-Kinney, Autoclave, and Helium. Drummer Weiss has also contributed to Stephen Malkmus and The Jicks and Bright Eyes’ albums. Put these four punk rock professionals together and it was pure magic for two sold out nights at the Troubadour.  Eleanor Friedberger came on stage for the last songs of the night.  Definitely one of the best shows of the year. Photos by Debi Del Grande