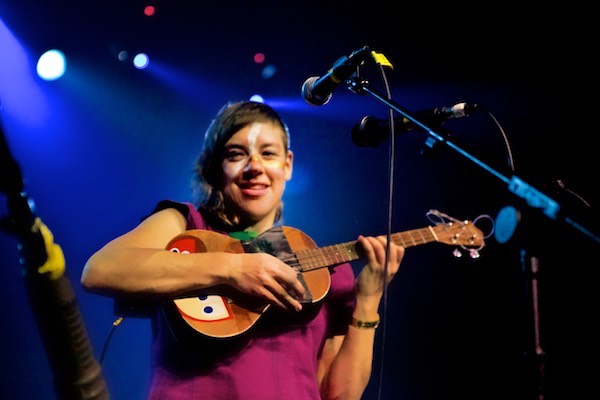 It only made sense for Cut Chemist to open for Merrill Garbus aka tUnE-yArDs at The Music Box since Garbus will be on his upcoming album.  The love was returned when it came time for tUnE-yArDs to perform “Gangsta” off  2011’s W H O K I L L. Cut Chemist came out and threw in some loops and scratches. The evening was about musicians creating sounds that you might not normally hear at a show. Garbus has quite the following now and the tribal sounds were thumping all over the room with fans almost touching the ceiling pogo-style. Photos by Debi Del Grande