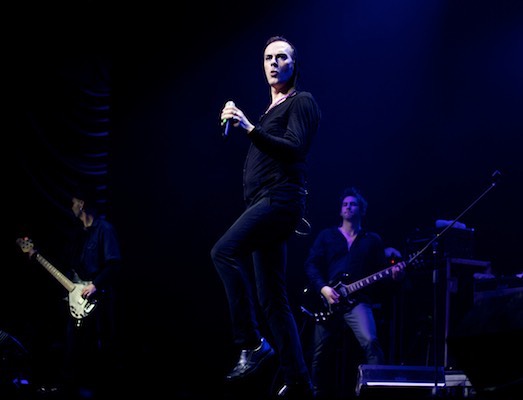 He moves with the grace of a slick panther on stage watching his prey. His big, piercing iced-blue eyes will stare directly into your soul. His name is Peter Murphy and yes, he was in that goth band Bauhaus.  With a haunting voice that is stronger than ever, it seems to completely contradict his charm and humor  as he engages his audience.  Murphy’s magnetic pull makes him the true performer that he is.  You wish you could have chat with him after the show. The cover of NIN’s “Hurt” and the mash up of “Strange Kind of Love”/”Bela Lugosi Is Dead” were flawless.  Murphy’s band of brothers is tight and the more upbeat version of “Cuts You Up” was magic. His ninth studio album will be out this year in June. Photos by Debi Del Grande