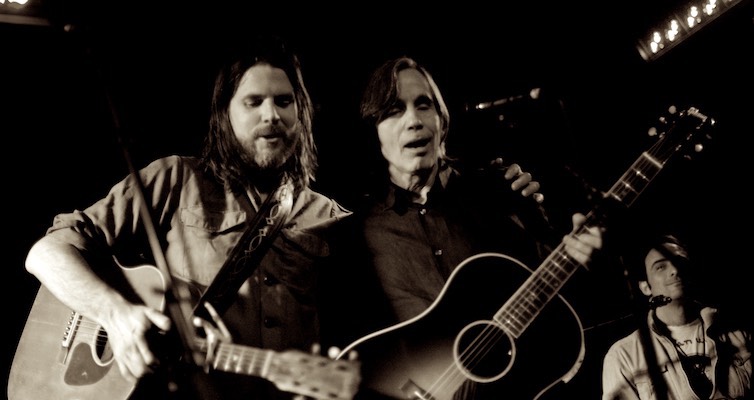 Wilco’s John Stirratt and Pat Sansone have had their own fine band Autumn Defense for quite some time and their latest, Once Around, showcases just how talented these musicians are. The guys performed for a packed house at the Troubadour and played some of their 60s-styled tunes from their latest “Once Around.” We were treated to an evening of music from musicians that clearly love what they are doing and have mutual respect for one another. The energy that exuded from the band took hold of the crowd and there were lots of smiling faces (and a few couples making out). Opener Jonathan Wilson was accompanied by both Jackson Browne (you may have heard of him) and Stirratt. Wilson should be kept on your radar.