Aug. 16 and 17 at the Hollywood Bowl! Want to enter to win? Email us at rsvp@larecord.com with subject PARK and we'll pick winners at random before the show!" /> L.A. Record
Menu

WIN TICKETS TO JURASSIC PARK WITH LIVE SCORE ON AUG. 16-17 AT THE HOLLYWOOD BOWL! 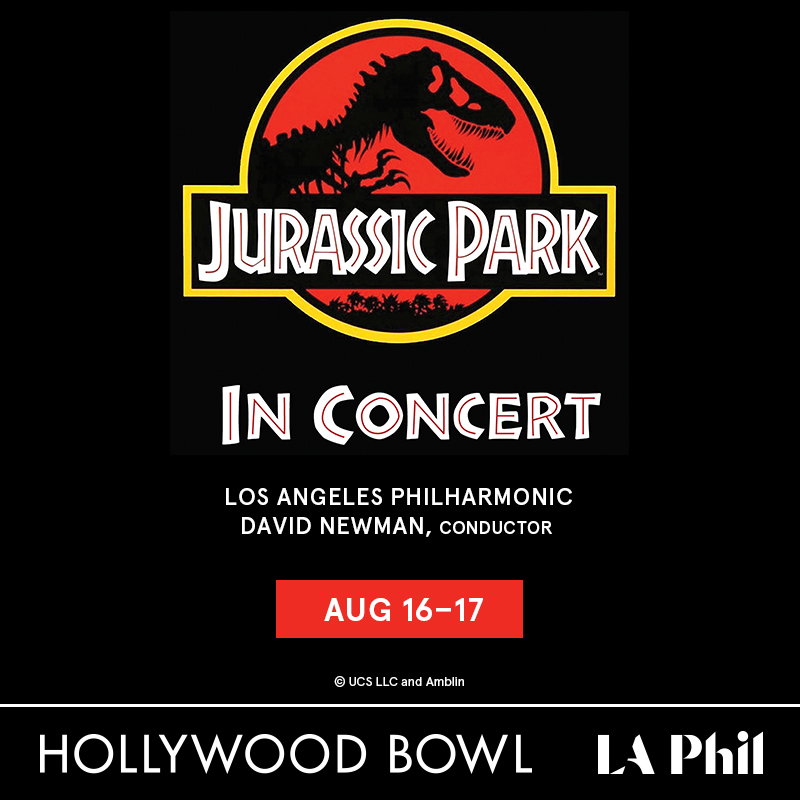 Dinosaurs never go out of style—it’s been sixty million years and they’re still as awesome as they were the day before that meteor came screaming over the horizon. And there’s no better way to salute the dignity and majesty of the most terrible of lizards than with a screening of the classic Jurassic Park with live score by the L.A. Phil on Aug. 16 and 17 at the Hollywood Bowl! Want to enter to win? Email us at rsvp@larecord.com with subject PARK and we’ll pick winners at random before the show!

Must be 18+ to enter and include your full name. Winners are picked at random. Entrants may be added to L.A. RECORD‘s email list to receive notice of similar future contests or sweepstakes. Users may unsubscribe permanently at any time. More on L.A. RECORD‘s privacy policies here!

WIN TICKETS TO RESIDENTE WITH GUSTAVO DUDAMEL AND THE L.A. PHIL AT WALT DISNEY CONCERT HALL ON SAT. MAR. 7!