The last time I saw Guy, he was setting up to perform at The Last Bookstore for a literary/music event. It’s now the second time I’ve seen him donning a knee-length overcoat and wide, flat-brimmed hat. It’s also the second time that I’ve envisioned him manning a gondola across the River Styx. There’s a prowess in even his stance that impressed me. It turns out that Last Bookstore event organizer (and Penny Ante Editions publisher) Rebekah Weikel had a cool song playing, a Love cover of “This House Is Not A Motel.” It was by the Entrance Band, who I realized tonight is fronted by this enigmatic gondolier, Guy Blakeslee.

Guy performed a solo set, which I caught the tail end of. He had a simple set-up, Stratocaster running through a loop station (at one point he used it to loop a guitar riff backwards while he fingerpicked over it), and his ethereal, haunting voice. Yes, you could say it was folky. But where do you put Guy in context with a myriad of wondrous solo performers? There was Neil Young’s tenderness. There were Eastern influences at play with Guy’s ability to articulate complex, trilling melodies (he employs subtle bends in his chord voicings in The Entrance Band’s cover of “The Green Manalishi” from last year’s Fleetwood Mac Tribute—adding the same Eastern tonality). He finished his set with a hypnotic a cappella that bottled the existential poetics of Macbeth inside an Eastern hymnal reminiscing Mahmoud Ahmed. The song had a rotational quality, like a prayer rising up to high noon, inquiring about the purpose of life in the face of indubitable death, then descending in a dark, beautiful waltz. Blake’s interpretation of life’s absurd continuity, rising, and failing, rising, and falling, clocks going round and round, till we die… Meanwhile, the room listened in soft stillness. He could have been taking me straight to the gates of hell. I’d have been fine with it. I‘m blessed to have witnessed his performance in Pehrspace’s intimacy.

Unfortunately, I missed Bloody Death Skull. I apologize for having to rush to a prior engagement. The last time I saw Daiana perform was at Pop Hop. Her living room rawness won me over. I laughed at her rambling, absurd confessions crammed in the better part of one bar. She was like a sad hilarious Josh Tillman Kimya Dawson, her ukulele and the better parts of her abstract thinking brain made me feel like I was hanging out with a good friend (even though we’d never met).

I was able to pick up their new record tonight (it was their record release after all). Oh My Gosh is available as a digital download. I picked up a copy at the show, and it came with a piece of gold-painted wood, with the album title engraved on it. Oh My Gosh is right. There’s so much happening in the world today. I was glad to add another fine contribution to my carryall. In fact, it’s on the table next to me while I write. Genius happens on people. This gold block of wood is happening on me right now. 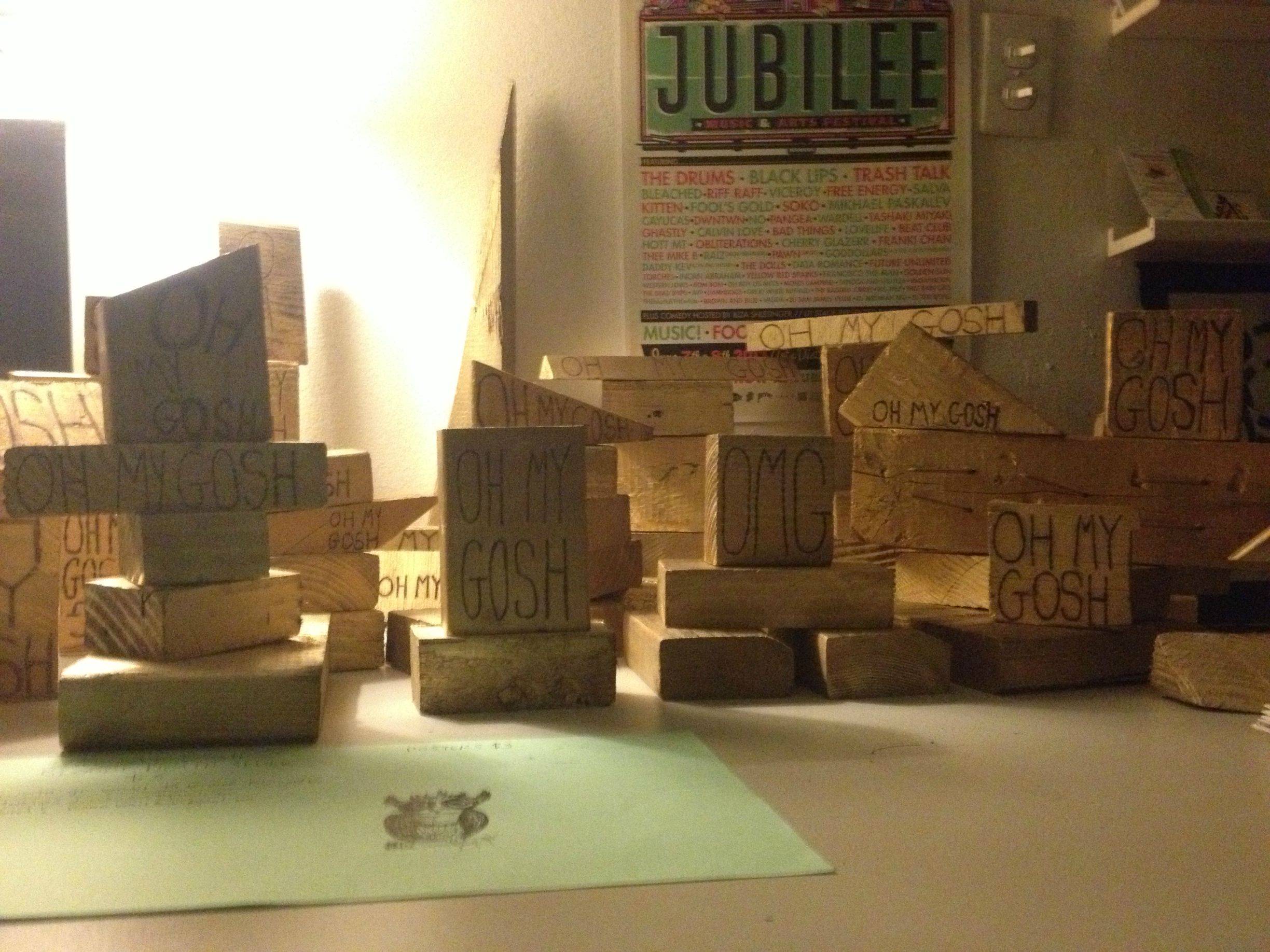 Hey, look at all that wood! This is a brilliant idea. Fans get digital songs and a physical object. In a world saturated with radness, what better way to remind you that there’s also Bloody Death Skull?

MOANING: SO MANY ABS