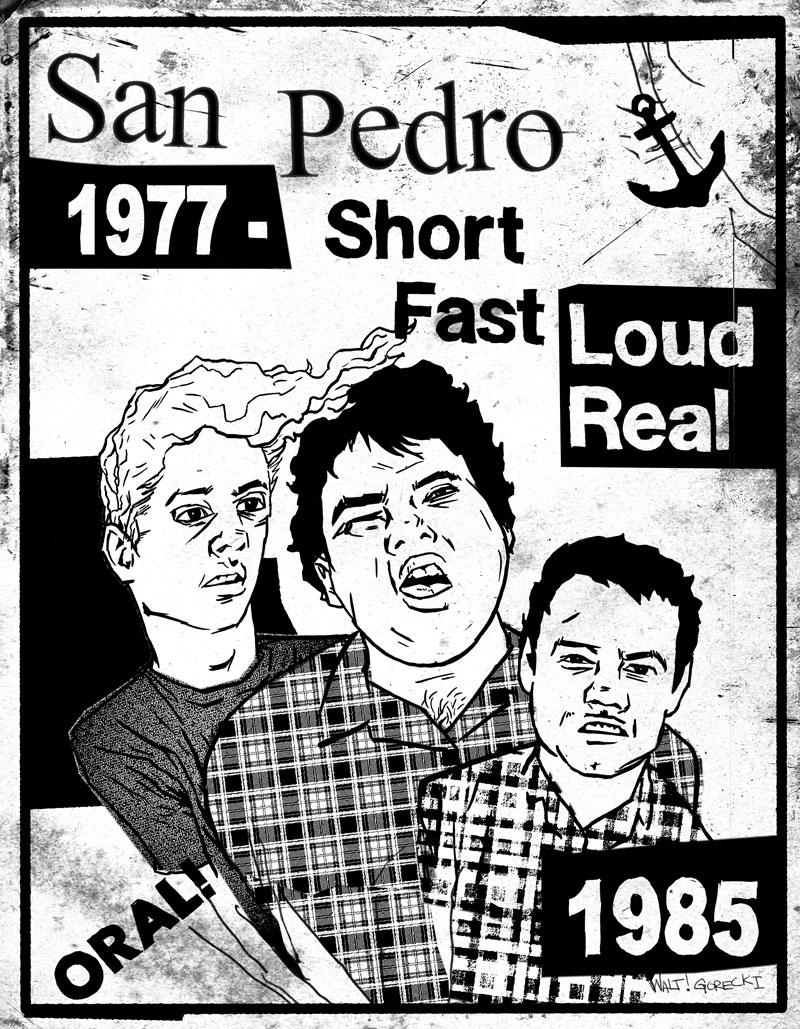 The first time I heard the Minutemen’s “History Lesson Pt. 2,” it untangled something in my head like no other song had before. There was no distortion, no hard chords, no fast drums—just a story, really, told as clear and true as it could be told. And that’s the story of Craig Ibarra’s oral history A Wailing Of A Town, too, in which Pedro punks invent themselves, over and over and over. Assembled from more than 70 interviews with not just the musicians but the people who threw shows and put out records and took photos and wrote words and most importantly were there as it happened, A Wailing Of A Town is an overwhelmingly comprehensive and inclusive document of punk as it spread through the South Bay and a crucial complement to local histories like We Got The Neutron Bomb. It’s like the Minutemen’s Double Nickels on the Dime, very arguably the definitive Pedro album: it asks a lot and offers a lot. Really, it’s a revelation, stripping away rumor and legend and delivering focus, depth and detail on parts of history that previously existed only in long-lost zine or personal archives, if at all. (For example: the often-talked-about shift from art-y punk to hardcore—and the riots and violence that followed—is here with more nuance, depth and detail than I think I’ve ever seen.) Not to put too broad a point on it, but this book offers vital perspective and inspiration for … anyone doing anything, really. It’s a story of people who really did do it themselves, and how they did it and why and what happened next, and it’s told with clarity and truth. As Watt says somewhere north of page 300: “The idea is to touch people. Convince them that their hearts beat. Everything’s a device to get that across. It’s open for everybody. No job’s too small for the Minutemen!” This interview by Chris Ziegler.