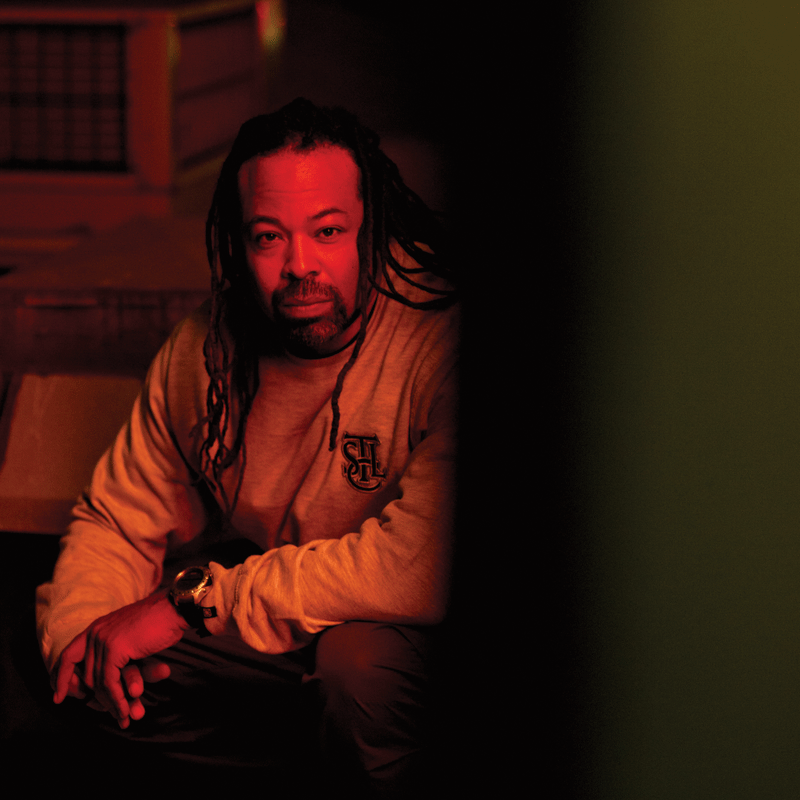 Word power, it ignites like the sun. Divine Styler’s verbiage has developed a cult following over the span of 25 years since he first appeared in the late 80s via Ice-T’s Rhyme Syndicate. What appeared initially to be a particularly cerebral iteration of the Afrocentric Native Tongue-era styles quickly blossomed into a fiercely iconoclastic voice. Def Mask, his fourth solo LP and his first since 1998, utilizes a voracious flow to craft a dark, affecting cinematic experience centered on a technocratic dystopia—think Aldous Huxley meets Rammelzee. On a cool L.A. winter afternoon, I sat in conversation with Divine Styler inside a private room at the Seventh Letter’s flagship location on Fairfax. With his teen son by his side, the one-of-a-kind MC candidly spoke about his journey through the music industry, the concepts behind his dystopian opus Def Mask, why he rejects the label of Afrofuturism and the guilty pleasures of smartphone art apps. The earnest intensity that has made his music draw in curious minds the world over is just as present in person as on wax. A musical Morpheus, Divine Styler offers up the red pill for those brave enough to take the plunge. This interview from our print issue #118 by sweeney kovar.

POLARIS: NOTE ME AS SUBVERSIVE
ANGEL OLSEN: IMMEDIATELY HAVE ...