RAS_G: EVERY MIND IS A PLANET 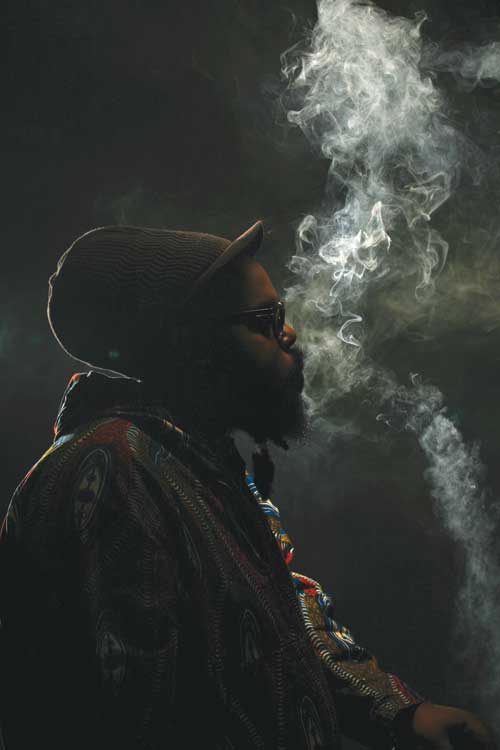 Ras_G isn’t from this world—he’s just passing through, making music that connects to the cosmic righteousness of Lee “Scratch” Perry, Sun Ra and Dilla. His newest album—the double 10” Spacebase is the Place, named after the part of the world where you’ll most often find him—contains the crushing bass-is-actually-the-place songs any Ras_G fan has been seeking on vinyl for years, and July’s Down 2 Earth is a beat tape built on the rhythm of a city bus, with gentle starts and stops breaking up the (dirty / beautiful / same thing anyway) scenery. L.A. RECORD welcomes this true citizen of the universe as he settles in for another day at his Spacebase. This interview by Chris Ziegler.

RAS_G AT THE BEAT SWAP MEET ON SUN., DEC. 11, AT GRAND STAR JAZZ CLUB, 943 N. BROADWAY, DOWNTOWN. NOON-6PM / FREE / ALL AGES. RAS_G’S SPACEBASE IS THE PLACE IS OUT NOW ON POO BAH. VISIT RAS_G AT AFRIKANSPACEPROGRAM.COM.