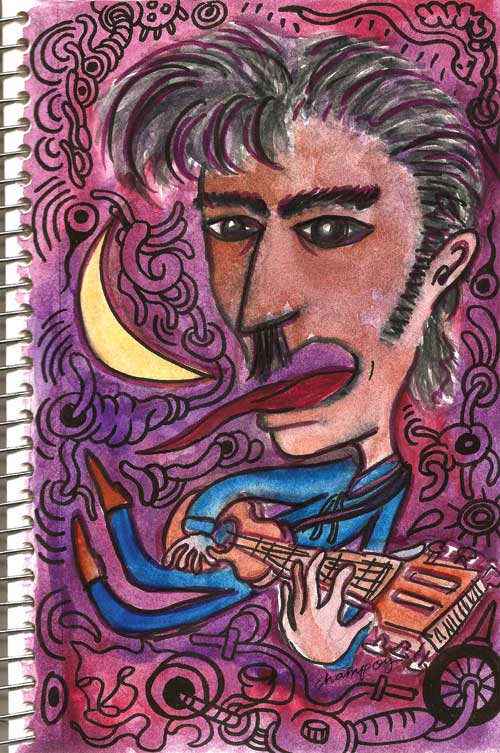 Singer/songwriter/historian/preservationist/deconstructionist/filmmaker/photographer/provocateur/lover/actor/rebel/tango dancer/best hair in the world/expatriate American original Tav Falco is truly all of these things. In 1978 he ended his infamous performance at the Orpheum in Memphis by chainsawing a guitar in half—some sparks hitting Alex Chilton, which led to the two of them igniting the Unapproachable Panther Burns, an “art-damage” poly-rhythmed rockabilly freakshow with a manifesto to “stir the dark waters of the unconscious” through the reinterpreting of some of the best blemishes of early American music. Thirty-three years later, we see the release of Conjurations: Seance For Deranged Lovers, which happens to be Tav’s first album of all original material and, according to him, the band’s “mission statement.” He also just finished a book, “Mondo Memphis,” a roman noir historical study of the storied town. I listened intently to the man for 45 minutes out of our two-hour long interview before I could ask a question, and I didn’t want him to stop. He almost didn’t. This interview by Gabe Hart.

THUNDERCAT: IT BELONGS TO YOU
BRUTAL TRUTH: GRIND FROM THE H...