JANIE GEISER: TRYING TO GET CLOSER TO THE MEANING OF THINGS 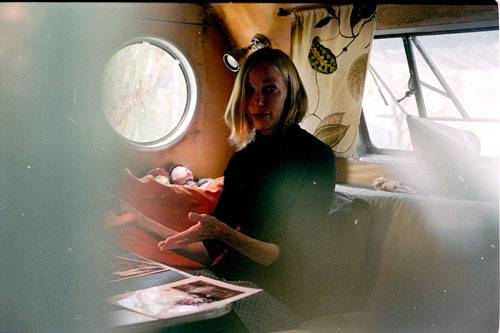 Somewhere in between dreams and memory, Janie Geiser crafts intricate and enchanting—and often haunting—films with her own handmade puppets and once-loved but now forgotten objects. Geiser’s new series of experimental “Nervous” films—Ghost Algebra (2009), Kindless Villain (2010), The Floor of the World (2010) and Ricky (2011)—screens on tonight at REDCAT, and she speaks here about the first puppets she ever made, feeling electricity in her traveling nerves, and constructing meaning with and without the ability to create memories. This interview by Lainna Fader.

PORTISHEAD: FROM ONE SLIPPERY ...
THE FLAMIN GROOVIES: I DROPPED...