THE FLAMIN GROOVIES: I DROPPED ACID WHEN IT WAS LEGAL 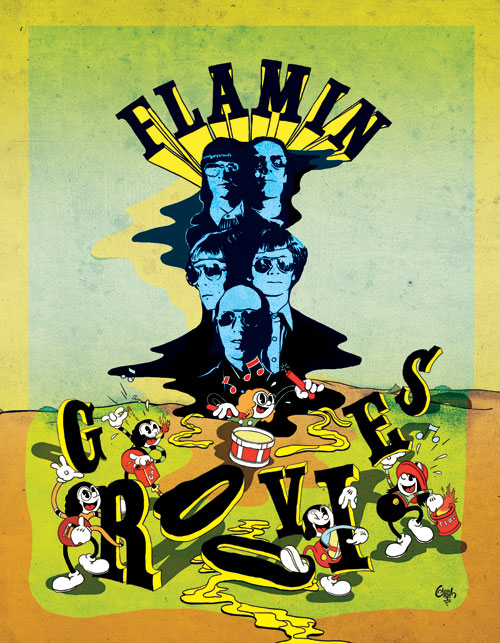 The Flamin Groovies should be right there with the Stooges, the MC5, the Modern Lovers and Big Star when it comes to bands who’d help determine the future of American rock ‘n’ roll—they could do it all, from cute to crushing, and beneath every Groovies classic (“Slow Death,” “Shake Some Action”) are … even more classics (“Teenage Head,” “Headin’ For The Texas Border,” “Love Have Mercy,” “Golden Clouds” …) and a ton of stories about drugs and freaks, including Ted Kennedy, Ike Turner, Jimi Hendrix and a giant mongoose. Co-founder and complete wildman Cyril Jordan speaks now before the Groovies’ first West Coast shows in 27 years. The Groovies (with principals Roy Loney and Cyril both) play Las Vegas tomorrow and Long Beach on Sunday. This interview by Chris Ziegler and Dan Collins.

JANIE GEISER: TRYING TO GET CL...
BRYAN FERRY: I AM FEELING FINE