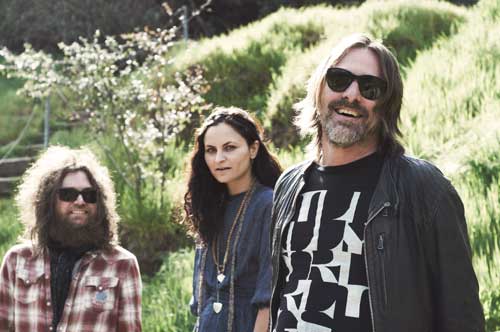 About a year and a half ago, Rain Phoenix flew to Los Angeles for a visit and didn’t leave. She was hit by lightning—that is to say, she felt that jolt of inspiration that facilitates major life changes and immersed herself in the music and artistic community. She began playing her songs with musicians she met and the songs themselves blossomed. As if heated up by the sun and smog, she felt infused with this “energy” thing people talk about happening here. She was tired when Daiana Feuer met up with her at House of Pies for teatime.