FEEDING PEOPLE: I WOULD HAPPILY EAT A HUMAN 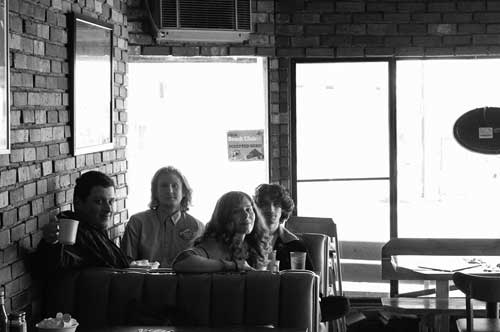 Feeding People is a dark and delicious contradiction. Both the band and the band members are incredibly young (founders Nic Rachman and Jessie Jones are just 19 years old) but their music—fueled by beer and the attentions of Burger Records—also veers towards the ancient and dark. These punk rock kids have roots in psychedelia, stoner metal, pre-war blues, and even Sunday School sing-a-longs, and they also know how to enjoy a backyard, a cool evening, a chimenea, and a cracklin’ Duraflame log. We coaxed them into talking about drugs and demons, just days before the End of Time—bad timing, since this is their first interview ever! Their LP is out now on Burger, too. This interview by Dan Collins and Lainna Fader.

MIA DOI TODD: ALWAYS TRYING TO...
SPINDRIFT: THEN YOU CAN GO SHO...