BETTER THAN SOMETHING: JAY REATARD 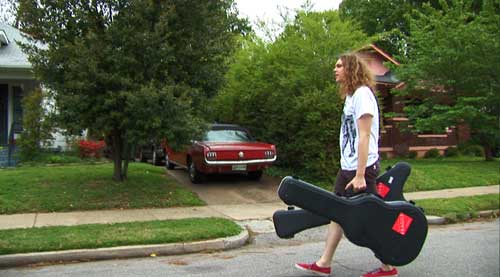 Alex Hammond and Ian Markiewicz are two very driven, passionate people, prone to finishing each other’s sentences and to finding closure in the stories that may otherwise never fully be told, most recently the story of Jay Reatard, the magic Memphis musical Matador madman who in 2009 commissioned these documentarians to film a short about his own life. After Jay died tragically in January 2010, Hammond and Markiewicz returned to Memphis and picked up where they left off: their labor of love, the full-length documentary Better than Something, finally premiers tonight in Los Angeles at Cinefamily as part of the Don’t Knock the Rock film festival. Don’t Knock the Rock curator Allison Anders had these two call me from Mexico, just days before they returned to L.A.— they must have found an insanely cheap international calling card, because they let me ask about a million questions. This interview by Dan Collins.