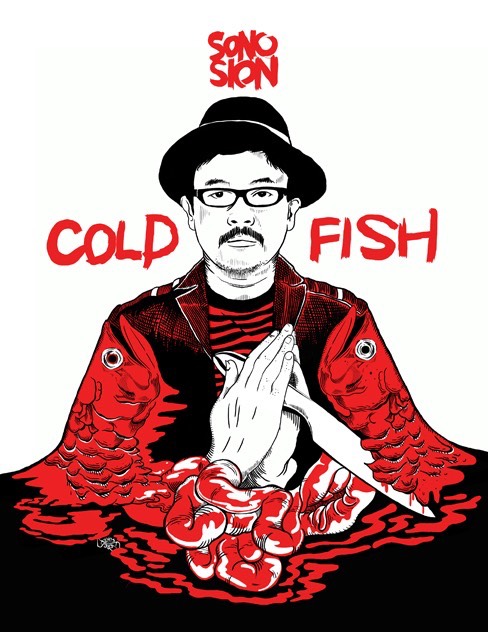 Director Sion Sono started out as a poet and staged guerrilla experimental poetry street performances with his Tokyo GAGAGA collective before making films about brutal murders, twisted families, and demonic hair. His latest film Cold Fish, a twisted tale about a struggling fish store owner who falls into the dark orbit of a rich, charismatic—and murderous—owner of a successful high-end fish shop, screens at Cinefamily this weekend. He’s also in production on his first English-language film, Lords of Chaos, which follows the Norwegian black metal scene in the early 1990s—a scene which spawned a wave of murders and church burnings across the country. He speaks here about crime and creativity, pervert power, and his own cult experiences. This interview by Lainna Fader.

THE INTERPRETER: CHAD BROWN
L.A.’S GOT TALENT: ALL M...