THE SPITS: WE’RE NOT CUTE AND WE PLAY PUNK ROCK 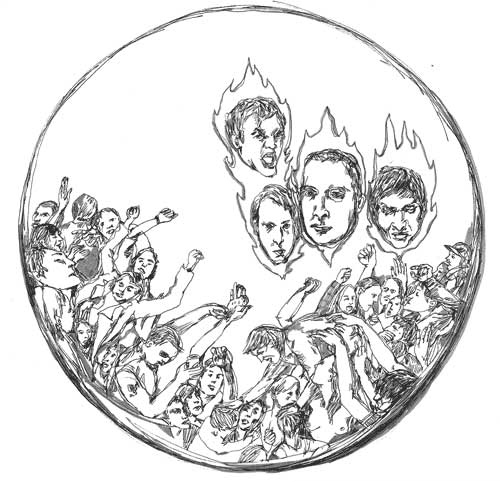 The Spits are one of those bands keeping the planet from collapsing in on itself from pure shame and every self-titled album they have done—which is tons—is full of feral robot punk that will get you demoted at your job if you happen to have a job. They play Friday with Bleached, Clorox Girls and more. Win tickets here or buy ’em here. This reissued interview by the legendary John Henry.

THE INTERPRETER: BLEACHED
STRANGELOOP: THE GOD OF PSYCHE...