THE MIDDLE CLASS: WE’RE GOING TO GET BEAT UP AGAIN 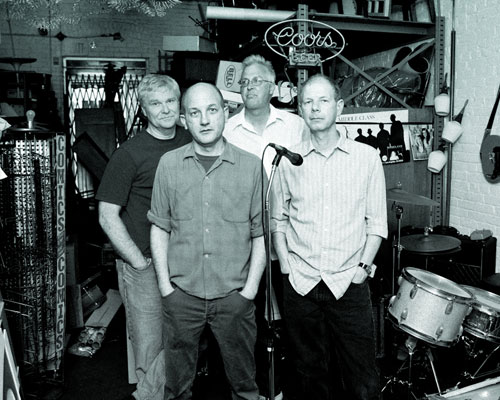 Middle Class is Mike Atta, Jeff Atta, Matt Simon and Mike Patton (no, not that Mike Patton). Depending on who you ask, you might be told they are the first ever hardcore band, or you might get kicked in the gut with a pre-scuffed Urban Outfitters combat boot. After a very long spell, the band reunited last year to celebrate the 30th anniversary of Frontier Records—the label that put out Middle Class’ 1979 EP, “Out of Vogue.” Now they’re returning to the Echoplex to play a badass L.A. RECORD show with Kid Congo, the Urinals and Grant Hart. This interview by Jonny Bell.