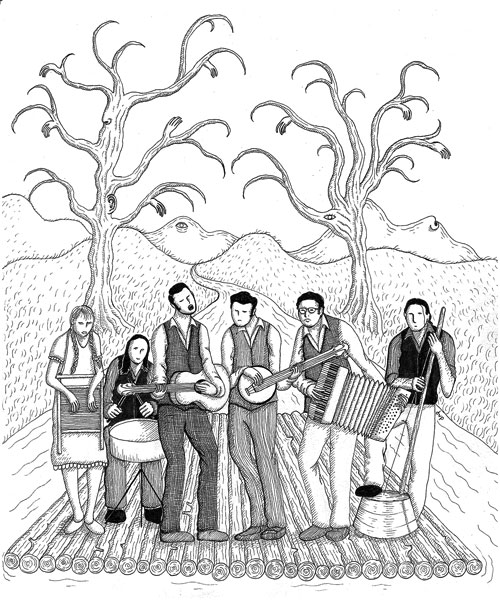 (from Those Who Wander available now from Arkam Records)

Pine Hill Haints attracts an audience that likes songs about the cursed nature of the world—people that have gone to the dark side and found it uplifting. Real weirdos and rebels gather around this band and its junk instruments. The rawness feels natural and natural feels honest. People who believe in things you’re not supposed to believe are drawn to Pine Hill’s spooky bosom and folklore. Alabama’s self-proclaimed punk band makes music that embraces doom and the great lonesomeness of life in order to find everlasting joy. This basically makes Pine Hill Saints a good band for the end of the world. What luck—they’re playing Los Angeles on Judgment Day! Daiana Feuer speaks to singer Jamie Barrier as the band crosses the Arizona desert and lets him in on the fact that doom awaits him in California.

[And the phone turns to static. The Pine Hill Saints have entered the nowhere stretch of road between Phoenix and Flagstaff. A few minutes are spent pretending to wait for a call back but really trying to come up with a succinct question about dying and the end of the world that could fit in a text message… ] 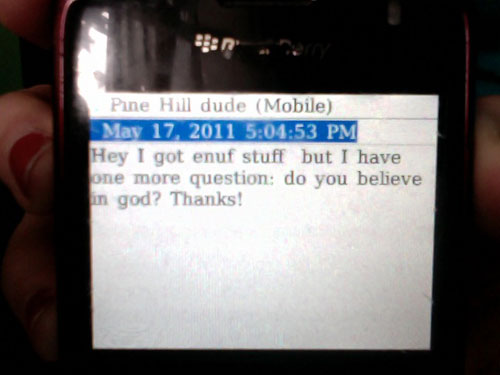