WIZ KHALIFA: I WAS A NINJA TURTLE 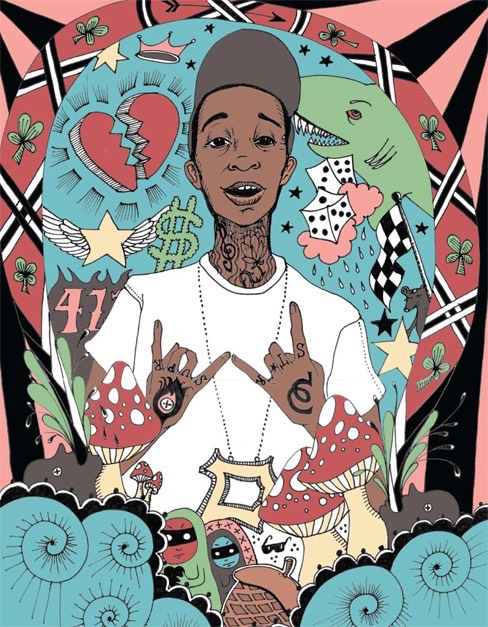 Dressed in a denim blue letterman jacket, a white hoodie emblazoned with the image of James Dean, and red Converse, Wiz Khalifa looks as American as apple pie. That’s fitting since his rise to prominence is an updated version of the American dream—after a less-than-salutary relationship with his first major label, he spent a couple of years independently building an army of fans on the internet before signing with Atlantic last summer. After the Venice Beach shoot for ‘Roll Up,’ a single from his upcoming debut album on the label, he talked about Ninja Turtles, the paparazzi, and, of course, women and weed. This interview by Rebecca Haithcoat.