FAUST: IN A CHAOTIC STATE OF MIND 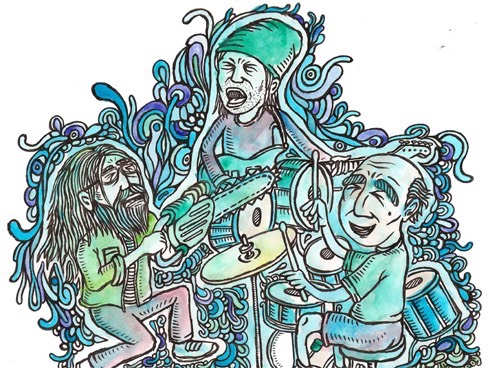 If German progressive rock bands of the early 70s were members of the Weasley family from Harry Potter, Can would be Ginny Weasley, Cluster would be Bill, Kraftwerk would be Percy, and Neu! would probably be the one who studies dragons … but undoubtedly, Faust would be the twins. The sly pranksters of the Krautrock set (who hate the name ‘Krautrock’), Faust have always been known for musical larks, marketing scams, and instrument destruction across a career that’s spanned 40 years and seriously nurtured the fame of billionaires and redheads in the process. We caught up with one half of Faust over Valentine’s Day weekend. This interview by Dan Collins.

FAUST’S SOMETHING DIRTY IS OUT NOW ON BUREAU B. VISIT FAUST AT FAUST-PAGES.COM.