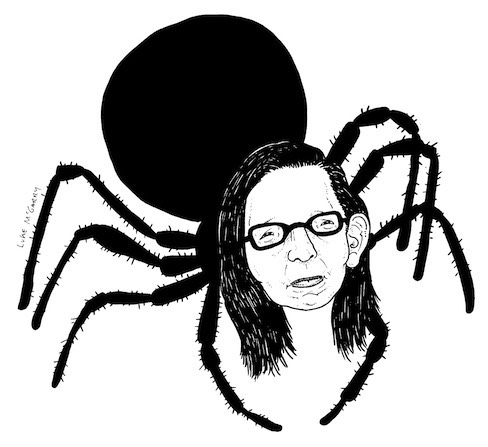 Nancy Andrews is an animator of wonderful films that explore perception and consciousness through bird-woman cyborgs, space monkeys, and spiders with faces that are equally inspired by the physiology of insects, the intersection of nature and technology, and her own brush with death. She just premiered a new short film at REDCAT at a screening of two of her latest animations, “Behind the Eyes Are the Ears” and “On a Phantom Limb.” She speaks now from the coast of Maine about her early days making earrings out of photos of slabs of beef, what she learned from floating between life and death, and why she wants to be friends with a crow. This interview by Lainna Fader.