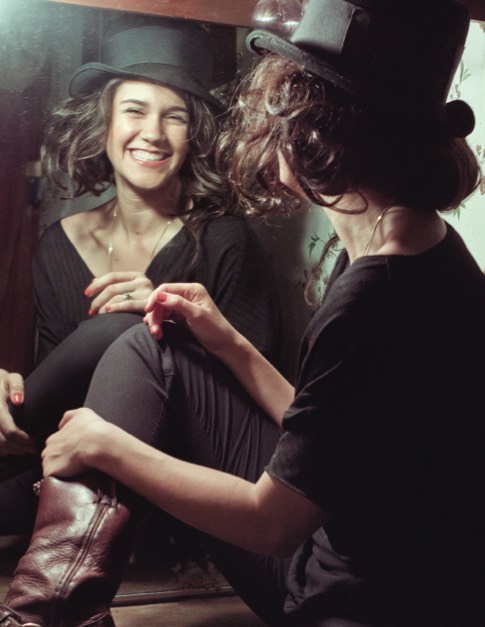 Producer Nicole Disson takes theater out of the ‘theater’ and drops it out of the sky into places like the rooftop of the Standard Downtown, where confused and bemused businesspeople wonder at the dancers in the pool and the actors in the fire pits. Her March performance of her one-night-only THE SERIES put L.A. RECORD alumni like Julia Holter in strange new performing environments—even for them! This interview by Drew Denny.

NANCY ANDREWS: LIFE WITHOUT MY...
TEEBS: MAKE WHAT YOU THINK IS ...