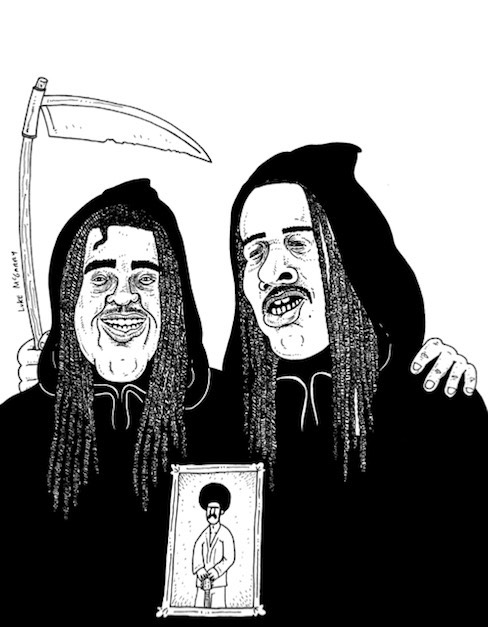 Looking back, you might say that brothers Bobby, Dannis and David Hackney started as a ‘proto-punk’ band, but really this is pure punk rock made years before anyone else even touched the genre. Within the context of the time and place—east side Detroit in the early 1970s—Death seem absolutely sagelike in their prescience. A documentary and a book are in the works, and tons more reissues to follow their rediscovered, barely released … For All The World to See on Drag City. Bobby and Dannis speak now from a snowed-in recording studio in Vermont about Death’s upcoming visit to L.A., David Bowie, and the day disco came to town. This interview by Kristina Benson.