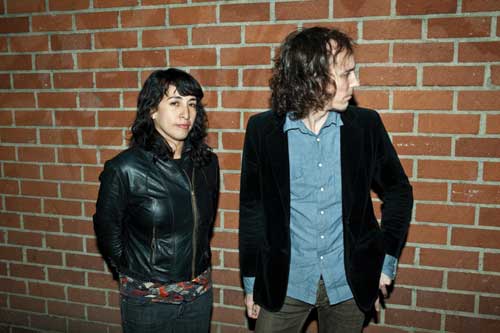 Gentle enough to pine over a lover’s escapades at a holistic getaway, but tough enough to spit tobacco into empty beer bottles, L.A. folk favorites Fort King are a complex duo: Ryan Fuller is the innocuous front man with a high voice and a pocketful of songs, and Yvette Dudoit is the multi-instrumentalist who brings the heart and soul. Imagine a Bizarro-world Eurythmics, but with better string pickin’. They’ve found a full-time drummer, and they’re about to embark on a European Tour—tonight, we prepare by eating shepherd’s pie and drinking too much. This interview by Dan Collins.

NOBUNNY: TIME TO GET A MOUTHFU...
WINO: MAKE YOUR BLOOD RUN COLD