THE TRASHMEN: WE DIDN’T EVEN FIGHT IT 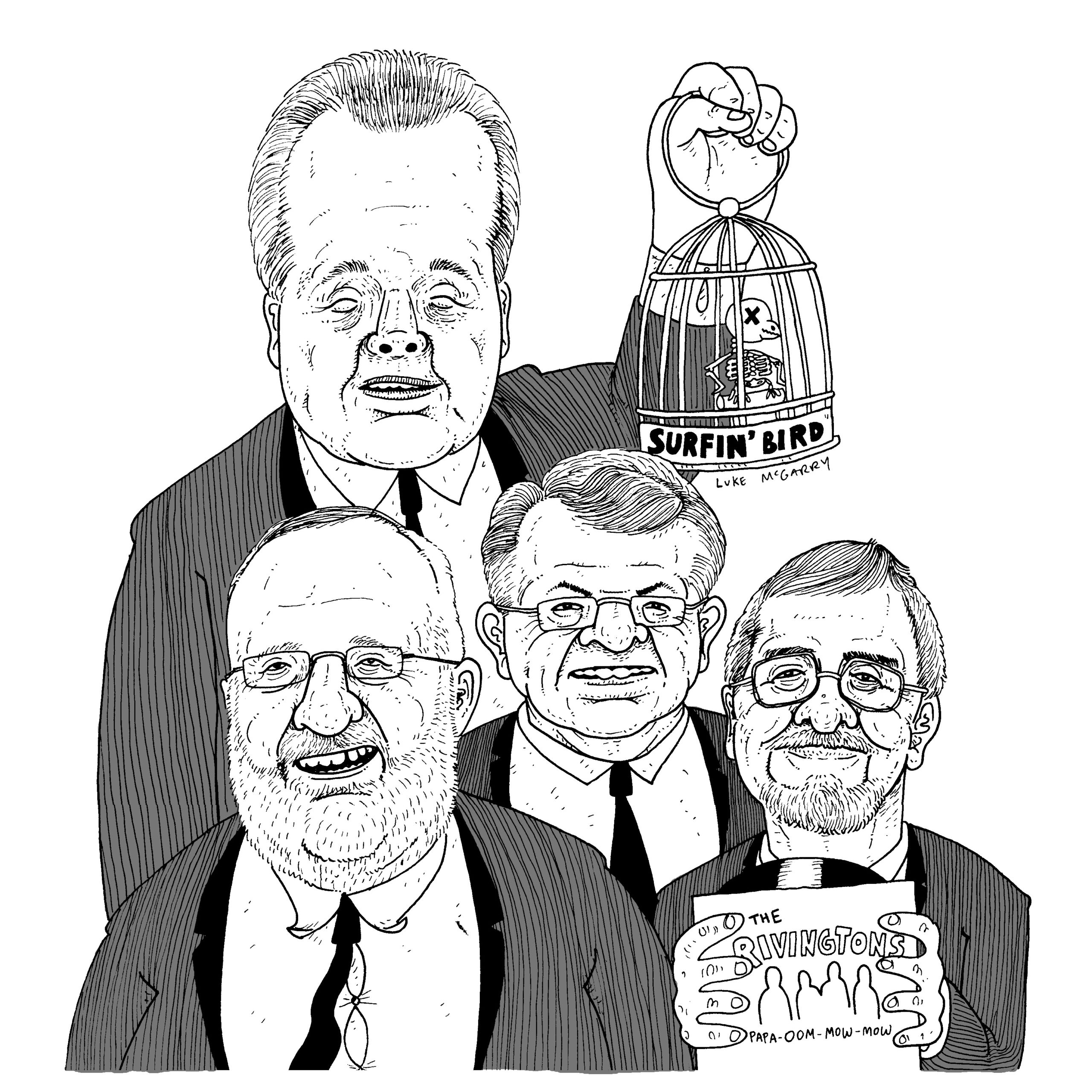 Don’t you know about the BIRD?!? Of course you do, you piece of human GARBAGE! EVERYBODY knows about the BIRD! You know all ABOUT it because a band called the Trashmen surfed straight outta the tundra of Minneapolis, Minnesota, and fucking DELIVERED it to you on an irresistible, hormone-heightening vinyl platter sometime around 1962, a date someone needs to tell Dave Markey was the real Year Punk Broke! Virtually every bad-assed lo-fi hi-energy punk with a smirk—from the Novas and Los Saicos in the sixties on up to the Ramones, the Dickies, the Dwarves, and that band from Burger Records you like so damned much—owes a big heapin’ helpin’ of thanks to the Trashmen for breaking so much sandy soil with a shit-eating grin. And that goes DOUBLE for the entire cottage industry of bleeding-treble surf bands that began in the nineties and of which the Trashwomen are only the most obvious tips of the ten-toes-over iceberg! With that in mind, L.A. RECORD is as pleased as PUNCH to be interviewing Dal Winslow, the original and current rhythm guitarist for the Trashmen, whose words of wipeout wisdom were only made that much more poignant by the slight Fargo lilt to his voice as he gloried in the heyday of the Bird Dance Beat. This interview by Dan Collins.

WANDA JACKSON: SINGING IS MY G...
THE BUDOS BAND: NOT REALLY COM...