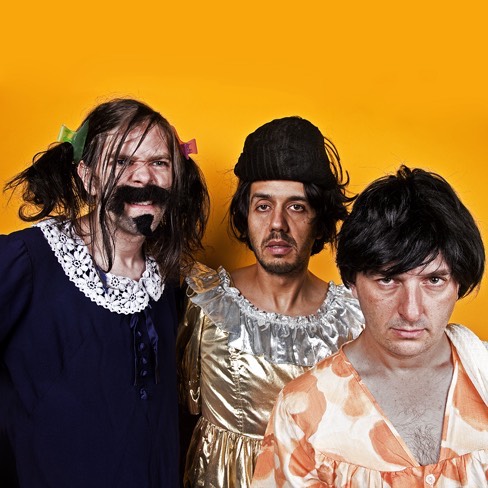 It took 234 years of American civilization and 43,115 years of human experimentation with sound and music to prepare for the triumph of Ariel Pink, whose new album with Haunted Graffiti dissolves ten thousand timid pretenders and proves what you can do if you access more than your last two minutes of experience. Before Today rips in a new way on every track and should be purchased and framed by anyone who wants to know how the old world and the real world overlap. Says Ray Bradbury: “What did I have to offer a world that was forgetting? My memory! By telling the young what once was! By considering our losses!” This interview by Chris Ziegler.

[The music has faded, but remains as a ghost echo all through the following.]

THE ART MUSEUMS: NAKED IN FRON...
HARMONY KORINE: THE LAW OF THE...