LAUREL NAKADATE’S THE WOLF KNIFE: CHOOSE YOUR OWN ADVENTURE 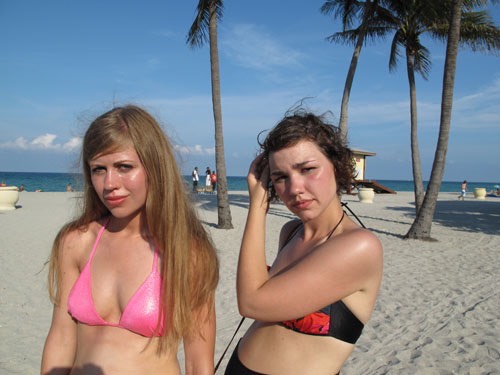 Laurel Nakadate is a New York photographer and filmmaker known in the art world for a series of brave video pieces where she goes home with strange, older men, and documents their encounters together. Whether dancing to Britney Spears, playacting scenes of kidnapping, or engaging in mutual striptease, Nakadate’s work explores the landscape of loneliness and desire, with empathy and a dash of subversive humor. Her second feature The Wolf Knife is a striking, unconventional road movie about teenage friends June and Chrissy who flee the boredom of suburban Florida to find Chrissy’s dad in Tennessee. Their journey takes them off the beaten track and into the dark places that Nakadate has long enjoyed exploring. This interview by Matt Cornell.