MEGAFAUN: IT’S ALL FROM THE GUT 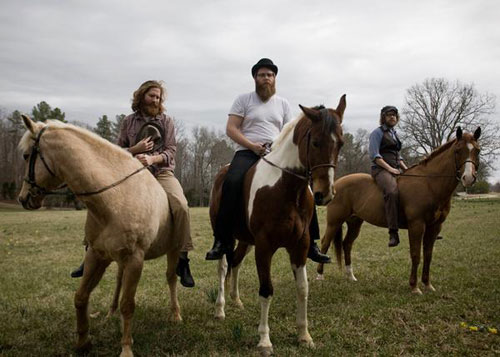 North Carolina’s Megafaun is brothers Phil and Brad Cook and Joe Westerlund. All natives of Eau Claire, Wisconsin, they’re former bandmates of Justin Vernon of Bon Iver and close friends of the Rosebuds, Bowerbirds, Akron/Family, and the Dodos. Since the split with Vernon and the birth of Megafaun, they’ve become an integral part of the Chapel Hill/Raleigh/Durham triangle’s musical renaissance. Their third release, a mini-album called Heretofore, is out this summer on Hometapes. They’re on their first headlining tour of the United States. This interview by Lainna Fader.