MAYO THOMPSON: THE MAN FROM MARS 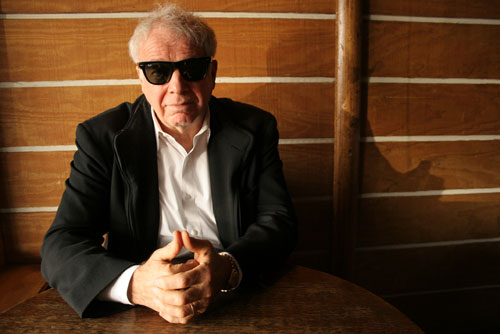 Singer and guitarist Mayo Thompson formed the Red Crayola (or Krayola) in Houston, Texas in 1966 with Frederick Barthelme and Steve Cunningham, and has continued to lead the group up to the present day with an ever-changing cast of musicians. The Red Crayola has been collaborating with Art & Language (q.v.) on and off since 1973; their most recent work together is the album Five American Portraits, just released by Drag City. In a recent interview with Art & Language, Thompson says: ‘Some music writers want to find a sort of continuity back to a 1960s Red Crayola, when the only accident or agency that makes the connection is Mayo Thompson, I guess. Otherwise, it would be far more natural not to fetishise the name and look at or rather listen to the work. To paraphrase Benjamin, The Red Crayola/Art & Language collaboration proceeds by fits and starts. The basic form is that of a kind of abrasiveness between the sharply (or not so sharply) distinct situations that give rise to and are put into a given record. The scenes that these collaborations constitute are differentiated by captions, graphics and other conventions. These are intervals – or distinct situations – that should destroy any illusion of continuity. The collaboration between us should paralyse any attempt to make an oeuvre out of the work of either The Red Crayola or Art & Language.’ We met for coffee in Hollywood on the morning of February 1, 2010. This interview by Oliver Hall.

THE RED KRAYOLA WITH ART & LANGUAGE’S FIVE AMERICAN PORTRAITS IS OUT NOW ON DRAG CITY.

TIM PRESLEY’S WHITE FENCE: I HAVE TO FEED LARRY’S HAWK