INFINITE BODY: THROUGH PUKING AND ECSTASY 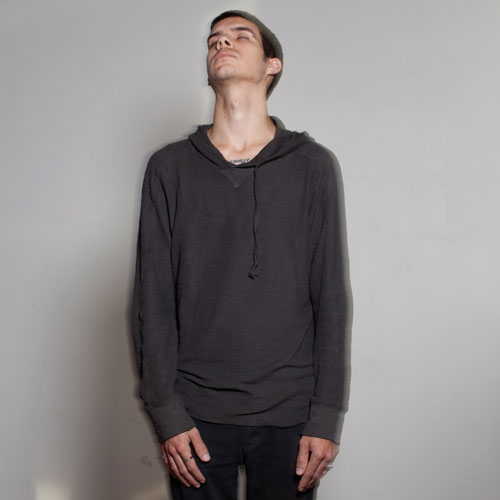 Artist and musician Kyle Parker used to make harsh noise with Gator Surprise but Infinite Body is an exploration of the ecstatic—tone and distortion that bubble and spark like the surface of a star. His album Carve Out the Face of My God is out now on PPM and he warns listeners not to fall into a tropical volcano. This interview by Chris Ziegler.

INFINITE BODY WITH EARN, MIRROR TO MIRROR AND JEANS WILDER ON TUE., MAR. 16, AT SYNCHRONICITY SPACE, 4306 MELROSE AVE., LOS ANGELES. 8 PM / CONTACT VENUE FOR COVER / ALL AGES. SYNCSPACELA.COM. INFINITE BODY’S CARVE OUT THE FACE OF MY GOD IS OUT NOW ON PPM. VISIT INFINITE BODY AT MYSPACE.COM/PLEASENOTTODAY.

KIM FOWLEY: YOU GOT OFF EASY K...
YEAR LONG DISASTER: NOT DOING ...