THE MAGNETIC FIELDS: I GO TO BARS EVERY DAY 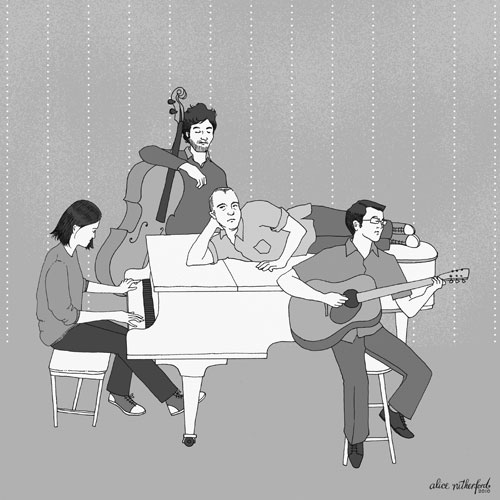 Stream: The Magnetic Fields “You Must Be Out Of Your Mind”

(from Realism out now on Nonesuch)

With his unmistakably morose baritone voice, peerless pop sensibilities and endearingly quirky lyrics, Stephin Merritt is one of our best-loved songwriters of the last decade. With the Magnetic Fields, his 69 Love Songs made the unlikely ascent from blogger buzz to worldwide acclaim, but Merritt also juggles a slew of other bands (Future Bible Heroes, the Gothic Archies, the 6ths, the Three Terrors) along with theatrical productions (Coraline, Peach Blossom Fan, My Life as a Fairy Tale) and side projects (film scoring, TV commercials, Lemony Snicket audiobooks). He writes all of his songs in gay bars, hates loud noises, despises live music and doesn’t own a TV. And though he moved from New York to Los Angeles over three years ago, he has yet to meet any Angelenos. This interview by Linda Rapka.