HAL BLAINE: THEY WOULD TRY TO TEAR MY CLOTHES OFF 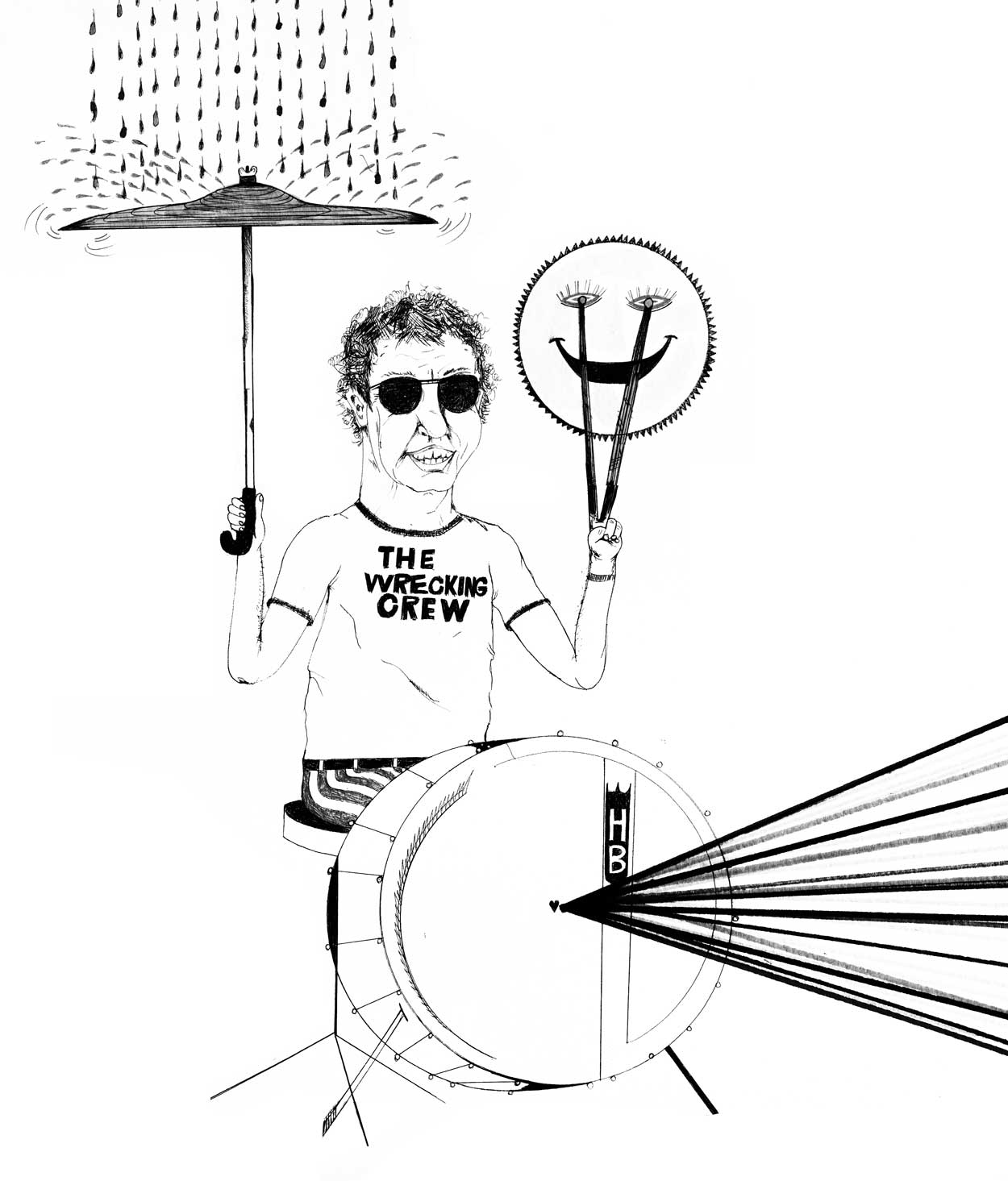 Listen to K-Earth for 10 minutes and you’ll hear Hal Blaine’s drums on at least half of the playlist. Drummer of the legendary group of session musicians in the ’50s and ’60s dubbed ‘The Wrecking Crew,’ Hal is the most recorded drummer of all time, estimated to have played on nearly 6,000 of the best known songs in modern history with hundreds of artists including Frank Sinatra, the Beach Boys, Elvis Presley, the Byrds, the Grass Roots, Sonny & Cher, the Mamas & the Papas, and Herb Alpert & the Tijuana Brass. He recorded 40 #1 singles, had 150 songs in the Top Ten, played on eight albums that won Grammys for Record of the Year, and was a key figure in Phil Spector’s ‘Wall of Sound.’ He celebrates his 80th birthday on Feb. 5. This interview by Linda Rapka.

HAL BLAINE WITH DON RANDI AND DENNY TEDESCO ON THU., FEB. 12, FOR A Q&A AND A SCREENING OF DENNY TEDESCO’S DOCUMENTARY THE WRECKING CREW AT THE GRAMMY MUSEUM, 800 W. OLYMPIC BLVD., DOWNTOWN. 7:30 PM / $10 / ALL AGES. GRAMMYMUSEUM.ORG. VISIT HAL BLAINE AT HALBLAINE.COM.

ANDRE WILLIAMS: THE APOCALYPSE...
HAPPY HOLLOWS: WHEN YOUR MIND ...