NEW TRACK: OOFJ “I FORGIVE YOU”

Heavily Portishead-y torch song from L.A.’s OOFJ, releasing their Acute Feast album April 21 on Ring The Alarm. Recommended if you ever wanted to marry a Mellotron. ► 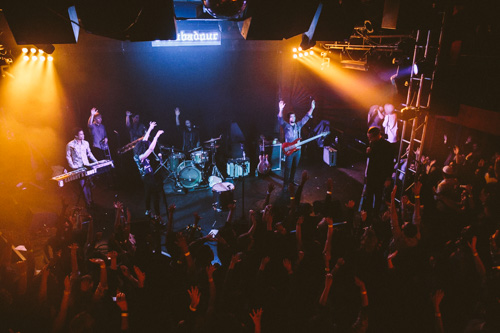 Photos and words by Maximilian Ho Excited fans packed the Troubadour to catch a show with Caught a Ghost. The LA-based electro-soul band has been busy creating music for film and television projects. Jesse Nolan’s multiple talents were on full display as he sang, rhymed,… ►

Feeling cross-eyed after watching this and it's good. ►