Sat., Mar. 2, at the Wayfarer in Costa Mesa and on Sun., Mar. 3, at the Regent Theater. L.A. RECORD’s Ed Johnson speaks to Chills founder and constant core member Martin Phillipps about joy, lonliness and the lasting influence of Dr. Seuss." /> L.A. Record
Menu 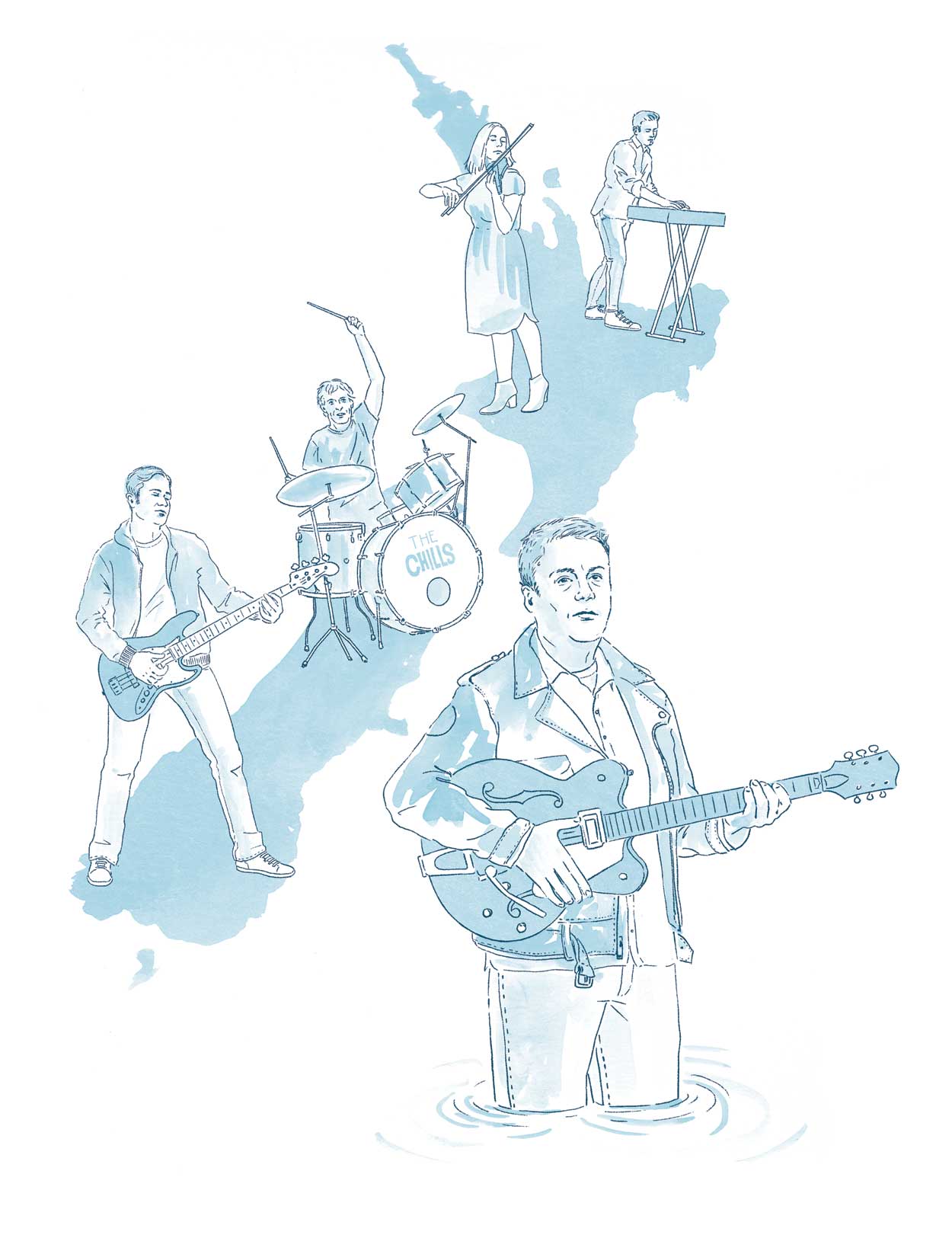 Reasons to adore the Chills: an unfailing lyric sensibility; a sound so bright and crystalline and shimmering and concise, guitars like the glint of the sun on ice; something like a preternatural melodic understanding; the capacity for the beautiful and the macabre, for criticality and the super-life-affirming, for restlessness and repose; above all, a Romantic Enthusiasm whereby a person and the world become filled with one another’s spirits, and boundaries between things are not so much blurred as they are pathways, the vehicles of another’s great depth, the registers of the other’s great reach. Given these things, it’s not hard, listening to the Chills, to go outside your own body. You’re not unsafe or unmoored, rather, you’re well-aware of a self that’s sometimes small, sometimes expansive, oftentimes both. It’s inspiring, sublime, really, and it’s why the band’s current stateside tour will be celebrated as one of those rare instances where the intensely personal and the intensely cosmic seem perfectly, positively aligned. The Chills perform their first California shows in decades on Sat., Mar. 2, at the Wayfarer in Costa Mesa and on Sun., Mar. 3, at the Regent Theater. Their 2018 album Snow Bound is available from Fire Records and their new singles collection Single Burger is just out on Burger, and The Chills Film documentary is slated for release later this year. L.A. RECORD’s Ed Johnson speaks to Chills founder and constant core member Martin Phillipps about joy, loneliness and the lasting influence of Dr. Seuss.