AOLANI: THAT’S WHAT I WANNA BE 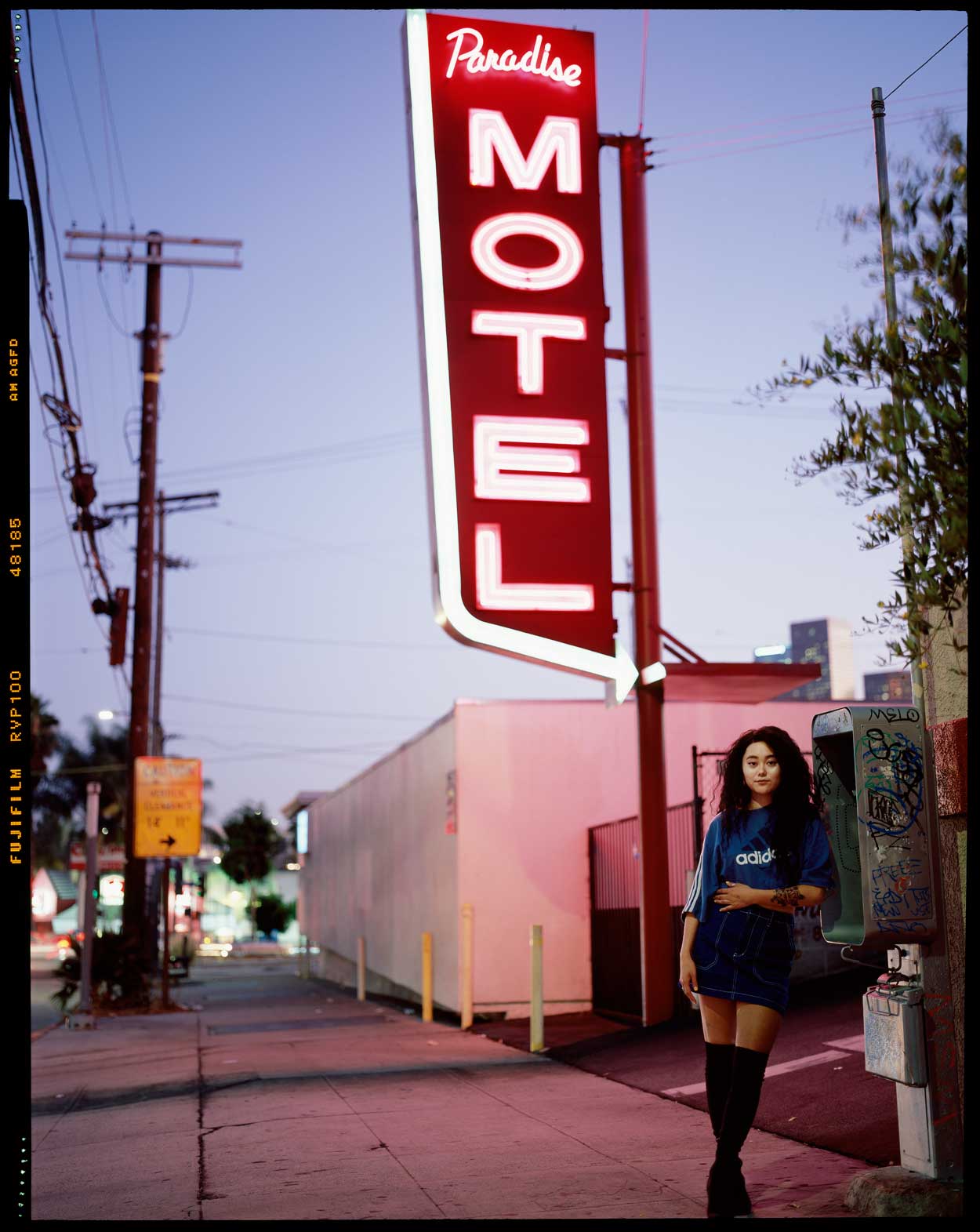 At its deepest, romantic love is all-consuming—it’s something universal, and something powerful enough to provoke both fixation on another and contemplation of oneself. And it’s the inspiration for 20-year-old Gardena singer-songwriter Aolani—born Kalyn Aolani Oshiro-Wachi—on her new self-titled EP. Aolani is a fearlessly intimate project, the result of two years post-music-school spent defining and refining her own individual kind of R&B. From collaborating with Bane’s World’s Michael Seyer to upcoming shows with Inner Wave and Katzù Oso, she’s a natural fit among the like-minded teenaged and 20-something indie musicians sprouting from L.A.’s ever-fertile suburbs. Now with her EP debut, a new live band ready to perform, and her first-ever out-of-town shows on the calendar, Aolani’s more assured than ever in her ambitions. On a cloudless South Bay afternoon, she details her forthcoming release, indulges in childhood pop memories, and ponders how femininity and culture have shaped her complete creative identity. She performs at the Echo on Sat., Oct. 20. (She’ll also perform at Tropicalia next month in Long Beach.) This interview by Sydney Sweeney.

THE INTERPRETER: WINTER AND TR...
SERPENTWITHFEET: THE REAL PURS...