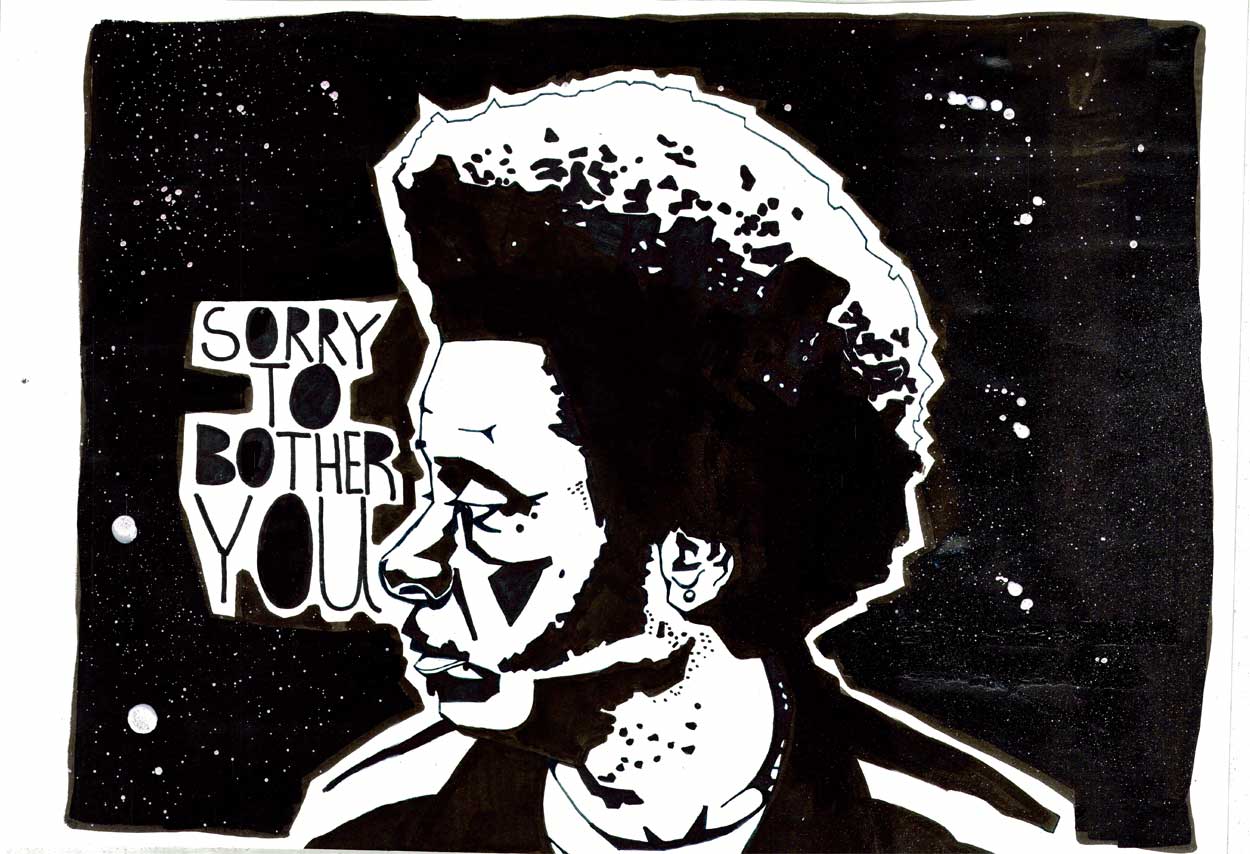 Sorry To Bother You is a comedy. Maybe. It’s a story about a Black telemarketer in Oakland who succeeds by adopting a Caucasian voice in a world that’s more dystopian by the day. The white voices are ridiculously overdubbed and there’s recurring scenes of old white people in durags. Or is it really science-fiction? There’s some crazy deranged shit that happens in the last third of the film—that I’ve been contractually obligated to not mention—that could only be labeled science-fiction. Plus, there’s lots of world-ending shit. So that makes this film is a sci-fi comedy. But is it actually a satire—like Putney Swope?

It’s hard to witness a story about a Black character struggling to survive in ultra-capitalist Oakland and the consequent existential conflict without seeing the parallels to our own lives. Shit. That’s actually a bit dark, almost like a drama. Come to think of it, the film is really about how no matter what our lives contain, for the vast majority of us the powers that be only see us as workhorses: either a Clydesdale to move that productivity needle a bit higher or an Eeyore to fill a rebranded prison.

Special thanks to Movement Generation for the plug.