Michael Rault is more concise, funny, self-effacing, and informative than most rockcrits can manage in 1.5 lifetimes. We join him here as the pace really begins to pick up … Michael Rault plays Fri., June 29, at the Bootleg Theater. This interview by Ron Garmon." /> L.A. Record
Menu 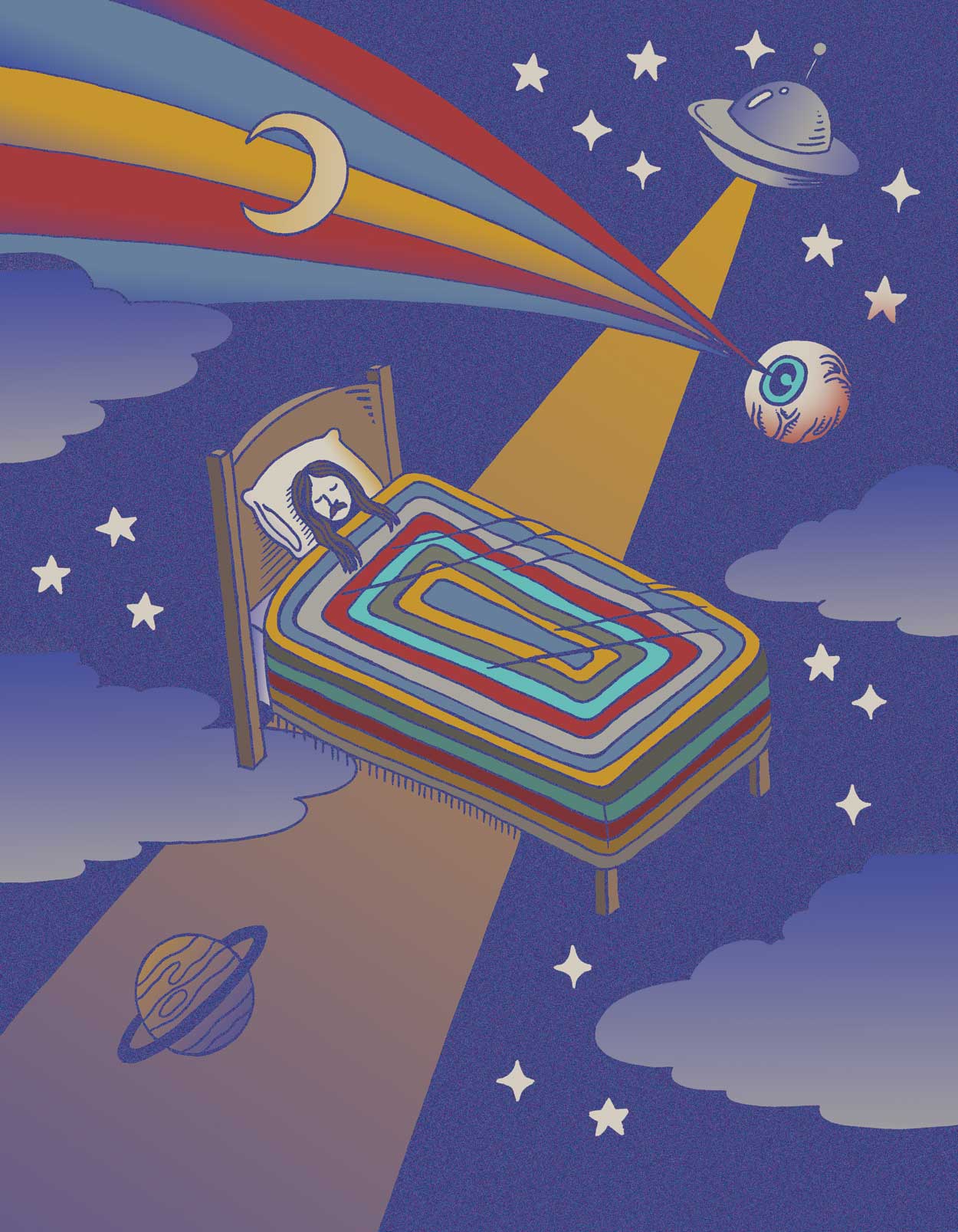 Even on his phone while stuck in traffic on his way to the record label office, Michael Rault is more concise, funny, self-effacing, and informative than most rockcrits can manage in 1.5 lifetimes. The Edmonton, Alberta, singer-songwriter came to attention in 2014 with Living Daylight, a seven-song ep later expanded to ten for U.S. release on Burger Records. This debut delighted critics with a early rock sensibility, so small wonder so many take note of the sophomore release on Daptone subsidrary Wick—It’s a New Day Tonight—in terms of this onetime hepcat’s lengthening hair and new-minted classic Britrock-inflected psychedelic sound. Since a foolish consistency is the mark of no mind at all, I found this metamorphosis delightful, dreamy, funny, instructive, and indicative of a Man on the Move too bemused to even consider slowing down. We join him here as the pace really begins to pick up … Michael Rault plays Fri., June 29, at the Bootleg Theater. This interview by Ron Garmon.

Tell us about your approach to songwriting. What’s your particular process?
Michael Rault: Except for the occasional times when I have a lyrical idea or a title that springs into my head previous to starting, I usually start unconsciously—writing with no real idea of where I’m going. Sometimes its just random noises and if I’m lucky, I see ideas and patterns start to form like a Polaroid developing. And if there’s something, some sort of reaction that begins to make sense or seems recognizable, then I start exploring that.
‘It’s a New Day Tonight’ sounds like one of those songs with a story behind it. True?
Michael Rault: It is. It’s an exception to the rules I talked about. I went into it thinking I could write a song with that title. I heard a hockey player being interviewed and he said—randomly regarding a loss the night before—he said something about the past being behind us and there’s a new day tonight. It can be seen as a joke since it was the nighttime and he wanted a new day. Then I was like, ‘Or … it could mean something more profound.’ Like working hard all day doing stupid stuff and getting a second life in the nighttime.
Kind of Lennon-esque, like ‘A Hard Day’s Night.’ It subverts its own meaning.
Michael Rault: Exactly. The thing is, I really admired that about the Beatles—the way John would take advantage of jumbled things he’d heard. That’s something they inspired—be on the lookout for odd turns of phrase and bits of speech that can be turned into songs.
What’s the story behind ‘Pyramid Scheme’? It’s a slow and drifty standout and probably a basis for all those George Harrison comparisons I’m reading.
Michael Rault: I do love George Harrison. That one was one of the subconscious variety. I found a book on Illuminati conspiracy theories at some random used bookstore and I thought it would be funny to read it. I never went into it with expectation of serious learning and I soon stopped reading it. What I took away were images of how civilizations are made but soon it became about how chords are overlaid.
‘Sleeping & Smiling’ sounds like a personal meditation.
Michael Rault: It was the next to last song I wrote for the record and we’d had ten songs already and we lost two and needed to add two. It was out of necessity. Having to sit down and write a song made it an interesting obstacle to deal with. I sat at the piano and started with the melody, then I began to go through some lyrical ideas I’d written down and ‘Sleeping & Smiling’ was somewhere in there. Melodies began to merge together, then the words shaped to fit and it all began to change into one thing. I was proud of what I’d accomplished under the gun.
It seems to come from somewhere very personal.
Michael Rault: Yeah. I find songwriting tends to reflect bits and pieces of your personal situation, even if you start by randomly throwing things in the air.
‘When the Sun Shines’ concludes the album with one of those ten-mile-long Elton John fadeouts.
Michael Rault: I was really excited to have Sam Cooke’s grandchildren and Bobby Womack’s nieces to come out and do those vocals while we were in Riverside, California.
A lot of songs about the sun on this record.
Michael Rault: It comes up every day. There’s a certain amount of sun worship in the world that has never gone away in and still pops up in certain areas of the culture.
The folly of attempting to blot out the sun, mind! Where did you film the video for ‘I’ll Be There’?
Michael Rault: Outside Toronto. If I remember correctly I was coming back from New York after finishing up the tracking and we wanted to get the video started. We did the majority of the shooting the next day in Toronto right before I had to go to Montreal and get on a plane to Los Angeles. We drove around to various places for the video director.
This looks and sounds less like one of those ennui-drenched life-on-the-road songs and more an ode to the more hallucinogenic side of travel generally.
Michael Rault: I wrote it to be about travel, but once I looked at the lyrics I decided it was about touring! A sense of having to accept things are going to be the way they are … you only have so much control over it and you’re just going to keep rolling so try to embrace it with a cheery attitude if you can. The other alternative is stop—which is not where I’m at right now. I’m just moving into the next place.
Not for you the complaining of Ray Davies of seeing that morning break and grieving the start of another day.
Michael Rault: There are times when I’d rather be sleeping and not playing and forcing out words but I’m happy to do it. There’s an element of Ray Davies in this situation here but so far I’ve kept it slightly more covert than he did!