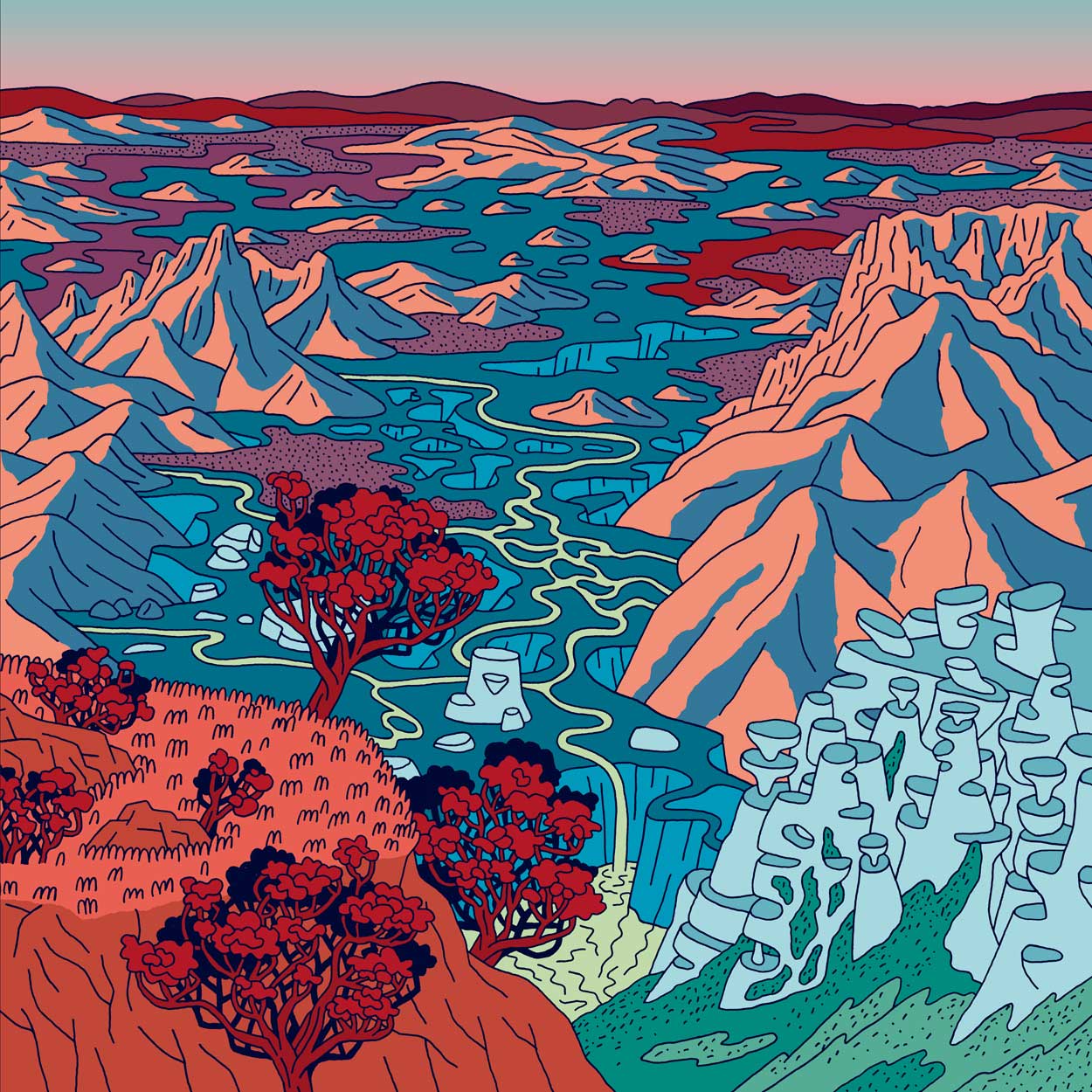 I was watching Tron—not the regrettable 2010 reboot, but the original—while listening to this album. Visitors happened to be the perfect soundtrack for those 1982 acid trips and the resulting illuminated cyber cityscapes, the anthropomorphized computer programs and the bizarre narrative constructions. Tron, if examined as a philosophical treatise, is essentially wrestling with the notions of humanity and connection (as well as personal fulfillment) in a world increasingly dominated by distraction. On Visitors, their fifth album, Triptides also contemplate this distressing predicament, as a persistent droning rhythm anchors layered vocals in a haze of powerful fuzz guitar and cavernous organ riffs. The title tune seems to suggest a distance from others and worst, the self. The album as a whole is an assessment of how and what meaning is for an individual and the process by which one goes about creating meaning for and by themselves—an entirely subjective process to be sure. The album seems to be an expansive expedition into the under current of late sixties. It recalls the melodic tendencies of Motherlode seasoned with the psyche-funky-soul-a-delic act Archie Whitewater’s storytelling ability. “Saturday Far Away” is reminiscent of Brenton Wood, if he ever tried to add mind-altering substances to his soul songs. If Triptides have any contemporaries, the closest might be the Stepkids. But even then, there are a few—many?—degrees of distance in the comparison. It’s easy to fall victim to psych rock clichés, yet Triptides manage to avoid such missteps. It kinda evokes the feeling of psychedelia in a digital age, while also rejecting simple genre conformity—Visitors abandons the sun-drenched vibe of yesterday, in favor of a tension that is understated yet palpable nonetheless. Psychedelia has always had an elusive quality to it, but the more successful of these types of bands offer a kind of accessibility. Put simply, Triptides invite you to take the trip with them—or to at least stop by for a short visit.