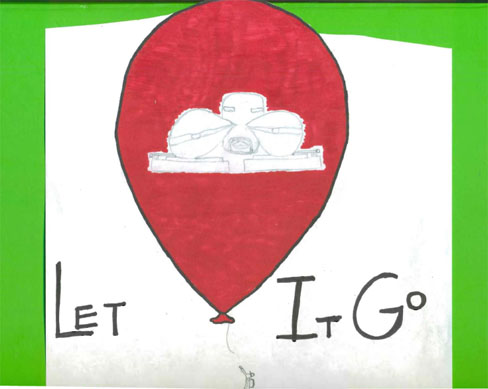 Though the new full-length release “Let It Go” from hip hop DJ/producer Michael “House Shoes” Buchanen is the first from the Detroit native, he is by no means new to the scene. An integral part of the Motown resurgence, he spent a decade, starting in 1994, as resident DJ of Motor City’s landmark St. Andrew’s Hall, and in 1997 released the much sought-after collection of rare remixes by the much revered late Jay Dee (J Dilla), titled “Unreleased.” He recently served as tour DJ with Mayer Hawthorne & the County and has moved more than 25,000 units of nearly 10 EP and remix albums under his name, but “Let It Go” marks his first album as executive producer. Set up as a concept album rather than piecemealed individual tracks, the gritty industrial feel of Detroit is omnipresent. Featuring guest emcees from both his hometown and L.A., the record starts off with the instrumental track “Empire/Get Down,” setting things off hard with its hypnotically swaying beat. On “Keep On,” Cali emcee Co$$ balances out the heavy with a fun neo-funk vibe, and “Sweet” switches it up again with Detroit’s Danny Brown destroying the mic with rough and tumble rhymes. The percussive-heavy “Last Breath” sees Virginia composer Noltz trading verses with L.A.’s Oh No and MED, and “Time” is a standout with a thick beat and slick verses from Detroit rapper Big Tone. While overall an intriguing album, things take a weird turn on “Goodfellas,” which uses great samples from the film to start off a dragging beat that doesn’t go anywhere. That said, the overall flow works in a delicate balance of Michigan grime and California sun.

THE KOREATOWN ODDITY: A BEAT AT THE TABLE