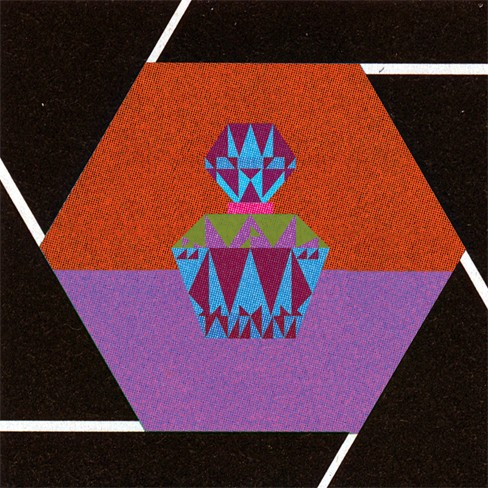 Like the prison gang for which it’s named, Tim Presley’s White Fence project has strength in numbers—Presley penned so many self-written, performed, and recorded songs over the past year that for his most recent album, Family Perfume, he had to release the thing in two volumes, and still had enough left over for a split album with Ty Segall and an upcoming single. The man just can’t stop recording. The Woodsist website lays out his slavish self-dedication, in his own words: “Wake up. Write. Write. Record. Tweak. Write. Record. Swallow. Tweak out. Tweak. Bounce. Write. Wake up. Record. Sex? No. Sleep. Wake up. Record. I hardly have anything but this anymore… I think I’ve been cursed.” To quote the Poets, an obscure 60s English psych band I’m sure Presley knows, this young man has been “locked in a room” of his own making.

And maybe this is why I can’t help but feel White Fence is much more than just another “garage” band, a loose term that incorporates everything from the ferocity of Thee Oh Sees to the laid-back jangle of the Strange Boys to Jack White playing whatever he feels like on the Colbert Report. Regardless of style, these are bands meant to be seen more than spun. And Presley has been in many such bands, including both the Strange Boys and his own highly successful, more accessible band Darker My Love.

But White Fence, while cut from the same sonic cloth as its peers, has a different purpose, one that perhaps makes Presley oblivious to criticism (and even to the need for reviews like this). In the spirit of Arthur Lee, Kevin Ayers, and yes, Syd Barrett, Presley has now moved from the garage to the bedroom studio, into a world of intimate self-expression that most modern bands steeped in the 60s and 70s overlook the potential for. He’s a writer that talks to us like a friend.

But like many overachievers, Presley is a victim of his own productivity. While most critics have rightly praised him, there’s a sentiment brewing among his listeners that occasionally bubbles to the surface in the reviews I’ve seen: perhaps the sheer output of White Fence is just too much? As Chris Bell from Earbuddy put it, in a particularly scathing article, “Just because it is economically possible to release every fleeting thought that passes through your mind as a song, it doesn’t mean you should.”

It’s a sentiment that Presley himself seems to share at times. As he said in Impose Magazine, “I can see how as a reviewer, both those records, you might be frustrated. It’s so much music … I’m sorry for dumping all that music. But I had to do it. I chopped it down and chopped it down and it’s still really long. Hopefully it will read like a long book.”

Yet treating Family Perfume as literature is precisely what critics and fans alike have NOT done. The album’s freaky-sounding sentences have not been parsed—they’ve been laughed at, warmly but in dismissing tones, as period re-renderings of hippie “bean-bag philosophy.” Even the critics who love White Fence, such as Kyle Fowle from Spectrum Culture, have praised these albums for their supposed “little attention paid to metaphor, meaning or lyrical precision.”

It’s the same backhanded insult Black Francis once gave to Marc Bolan when talking about writing Pixies lyrics: “Eighty percent of the lyrics are baloney. It’s that T. Rex thing of ‘it sounds cool.’” But like Bolan, Tim Presley is a published poet, and he always makes sure to include a lyric sheet; I really wish Fowle and his ilk had taken the time to read it, because the words on Family Perfume are clearly no mere window dressing. They’re specific in detail, sober even. They reference real feelings and real events, not gnomish pleasantries.

Now, true, with the Middle Earth accent Presley adopts with White Fence, it is a bit hard to pick out the words from mere listening: you might wonder if he intends to keep the audience at arm’s length. Add to that the lo-fi muddiness of the recordings, their groovy freakbeat drumbeats, and the Aphrodite’s Child guitar fuzz they spit at you, and I’m not surprised most listeners care less about squeezing meaning from these albums and more about just rockin’ them with their friends. Maybe if the words were a tad less cryptic, they’d find their “in?”

Richard Hell, who also struggled to get his rock poetry accepted in the literary world, once said of his own scatter-shot diary that it was like an appendix to a text that had been lost. And the lyrics of White Fence’s Family Perfume feel like that. It’s like there’s a decoder ring missing, a key that we need to find to unlock Presley’s private mythology. Until then, we have only clues, repeated phrases—Roman noses, Asian motifs, lizards, references to war, and of course, perfume. The album’s lyrics are a cipher that even the most diligent detective could only guess at.

But we know the emperor wears clothes, because many of us who dally on the dark side of our little music scene have a personal piece of Presley’s Rosetta Stone—and that hieroglyph is, frankly, drugs. And he’s not talking about the kind of Lucy in the Sky hint-hint mysticism you’d expect from music this bathed in psychedelia, though the wide-eyed innocence of Presley’s voice might make a non-native speaker think that. “I can’t compete with the party disease,” he tells us in “Lizards First,” clearly a reference to prescription drug abuse. “You tell me to stop and I say go … acetaminophen liver is dust.” The narrator here is talking about Vicodin, Norcos, maybe even some Oxycodon? He seems very numb. “I tried to take it down and my face froze,” he tells us in “Long White Curtain. “Burning sun that I can’t feel at all … but I’m not living, or if I am living … I need that $10 back.” Some lyrics go into the cost, like “Anna,” a song about an aborted romance that drug use may have ruined: “How can we save money? I’d shave my head if prescriptions win the race … I carry a hundred dollar bill in case it comes my way.” But Presley’s narrators seem to think it’ll be alright, despite the waste. “Medallions made of silver/pawning off for mud,” he writes in “Hope! Servatude, I Have No,” a song that sounds like an acoustic Silver Apples. “… and everything’s okay, if I trust in my new energy.”

These tidbits are only the most literal things we can surmise from Family Perfume. But from whatever youth font Presley gets his energy, be it the occasional pain pill or simply his own imagination’s dictatorial demands, he spends a lot of that energy scrutinizing his life and the lives of those around him. Perhaps the biggest theme his songs talk about is being driven, about fatigue, about being so busy writing music that he feels guilty even sleeping and has to apologize to friends. Hell, his upbeat “A Hermes Blues” seems to be about never being around to fuck his girlfriend! And “Breathe Again,” the first volume’s closer, makes you really feel for him, as you sense the joy he’d get if he could just give himself a chance to take a pause.

And in a way, the second volume gives us more of one. It took me about twenty listens to these albums before I realized that Vol. 2, by Presley’s standards, veers heavily away from the blistering assault of Vol. 1 (and the even more raucous Ty Segall split) and into a country direction. Some of it is subtle, like in the slight country cadence of “A Good Night,” but some of it is laid on pretty thick, almost in a comedic fashion: the accent in “Anna” switches from Ray Davies almost to Ray Stevens, and “It’s Confusing When You Wake Up” has a cadence that seems lifted from the Sons of the Pioneers.

But these revelations, like his poetry, are buried knee-deep under his beloved layers of sonic sand! At times, I almost wish Presley would tippy-toe out further from his bedroom with this project, even more than he did on the Ty Segall split. Perhaps after four albums in a similar style he’s proved his point, and can safely experiment with slightly cleaner methods? Though then again, with a pedigree that includes Darker My Love and the Fall, I’m sure he’s in no rush to “prove” himself in a studio setting. And songs like “Do you know Ida NO,” which uses pitch modulation to make him sound like a female singer from the Cambodia Rocks comp, show he has plenty of mystery left using the techniques he has on hand.

TIM PRESLEY’S WHITE FENCE: I HAVE TO FEED LARRY’S HAWK