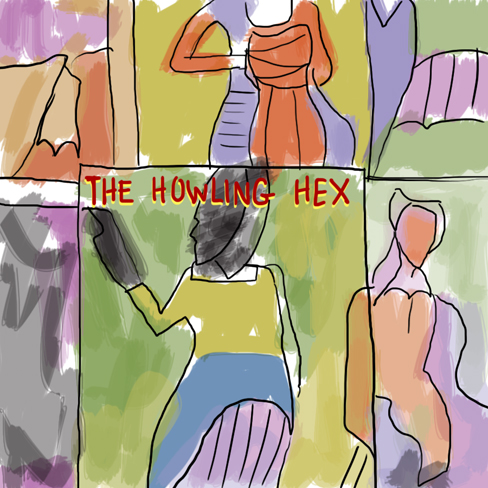 Drag City tries to market the Howling Hex as “the New Border Sound.” And I wish that were a bit more true—Neil Hagerty’s decade-old project does occasionally dip into the Tex-Mex stylings of, say, the Sir Douglas Quintet or Sam the Sham, but never with the transformative enthusiasm of the Stones adoration he preached during his Royal Trux days. On this album, he’s pared down the Howling Hex lineup to just guitar, bass and his voice (though I swear there’s about two seconds of brushed snare and maybe a secret keyboard here and there). And while he keeps a bit of the border vibe, especially on the closer “A Game of Dice,” this thing sounds a lot like what a stoned cowboy might have recorded in that burned-out house near Albuquerque where Tuco got killed in Breaking Bad. There’s a precedent for that kind of simple, isolated self-expression in the solo works of San Francisco psych veterans: I’m thinking Jerry Garcia’s surprisingly haunting rambles in the Zabriskie Point soundtrack, or Moby Grape/Jefferson Airplane’s Skip Spence and his album Oar, recorded in an insane asylum. Here, the insanity means a lack of some much-needed self-edits, but at its best, this album’s broken narratives and waltz-time moodiness evokes the spirit of Neil Young at his Greendale/Tonight’s the Night weirdest.
—D.M. Collins

COSMONAUTS: IF YOU WANNA DIE T...
THE KOREATOWN ODDITY: BUZZMIX...