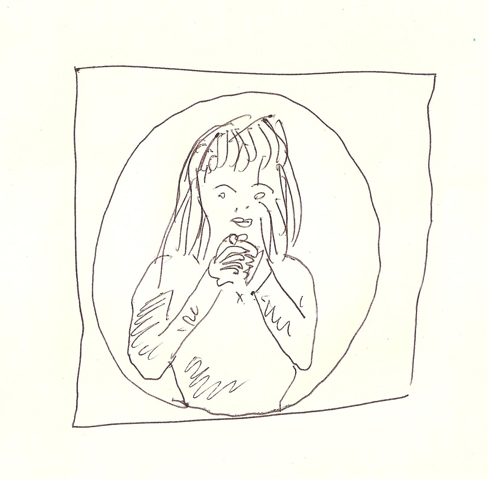 Abby Travis has been around forever, and this is finally the solo album she SHOULD have been doing for the last couple decades—a glam-themed rocker that lets her voice get full-on Sparks while the dueling licks and chiming harpsichords around her lift ever upward into a world of ROCK! Travis was in the Love Dolls in the 80s, and went on to play session bass with everybody from Beck to the Bangles to the Meat Puppets to KMFDM, yet for some reason she’s let her solo career be dictated by her love of cabaret and torch songs. That made a bit of sense in the mid-noughties during the reign of cabarets, Club Bricktops, and her own Mata Hari nights at Tangier, but it didn’t work at all when opening for her buddies in bands like Celebrity Skin, where her gentle ballad-pop simply got drowned out by its lack of sheer might. With this album, she hasn’t lost the narrative lyrics or the chord changes, but now her voice doesn’t stand alone in a field of schmaltz—she’s finally brave enough to let her lovely voice (it really sounds better than ever) compete with the big guns of bass, guitar and drums. If only she (or Kristian Hoffman, who might still be her keyboardist) could ditch the Casio string section, she’ll finally be free!