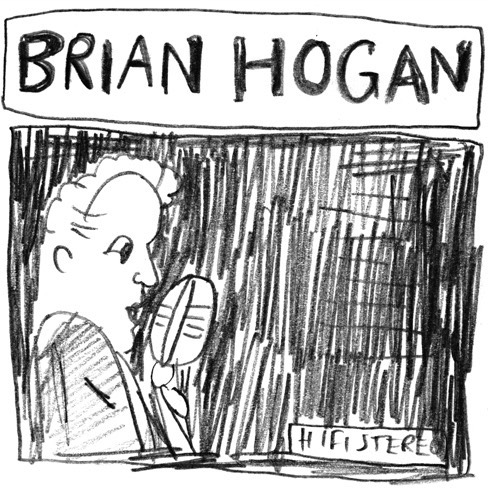 The ’80s were kinder to garage rock than the ’90s were to rockabilly. And that’s a shame, because rockabilly at its best was the kind of music that launched both Elvis and the Beatles, erased the line between blue-collar and-high class, broke racial barriers with a rebel yell, and gave Mott the Hoople a party to bring records to! Brian Hogan may not be pure rockabilly, but he sure as shit ain’t pure country. He’s got a manly voice that evokes some of the older members of the Sun Records establishment— Carl Mann and Warren Smith-types at their most cool-headed moments. Remember how cool Chris Isaak was on the soundtrack to Wild at Heart? It’s that classy, but deeper than Isaak’s Orbisonisms. It’s more like a George Jones who doesn’t always drink beer—but when he does, he prefers Dos Equis. In the “yee haw” sections of “Mystified” and “Beautiful Girl, Beautiful Night,” you can see how white-hot Hogan might get if he pushed those vocal cords into falsetto frenzy, but his baritone is more than enough to make you feel deliciously forlorn— like when your grandpa yells at you to get away from the chicken coop! I haven’t heard pompadour country this thoughtful since Big Sandy, and I expect this debut won’t be Hogan’s last chance to cover Elvis covering Chuck Berry.

SWEATERS: “INVESTIGATION...
THE SAMPS: THE SAMPS